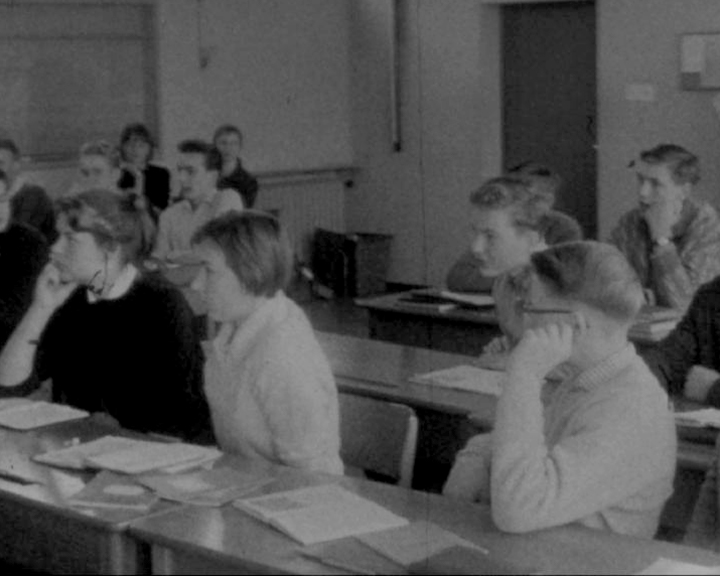 The Whitgift Players stage Hamlet in various schools and local theatres in Cologne, Nürburg and Langenburg. Highlights of sections of the performances are shown, with pre-show preparations in wardrobe and make up. The group also enjoy a series of leisure and sightseeing activities in each of the locations visited. This film features a young Martin Jarvis (Actor) as King Hamlet, whose name appears on a production list attached to a telegraph pole outside a venue.

HRH The Princess of Hohenlohe-Langenburg (Margarita, Prince Philip's sister), is filmed greeting the boys on arrival at Langenburg Castle prior to the groups performance in the region. The group then travel by boat and coach to Ostend, Belgium.

This film contains music and is narrated throughout with some dubbed dialogue over the stage performances.

This film was shot on a Bell and Howell 16mm movie camera by Richard Tomes, borrowed from his father.