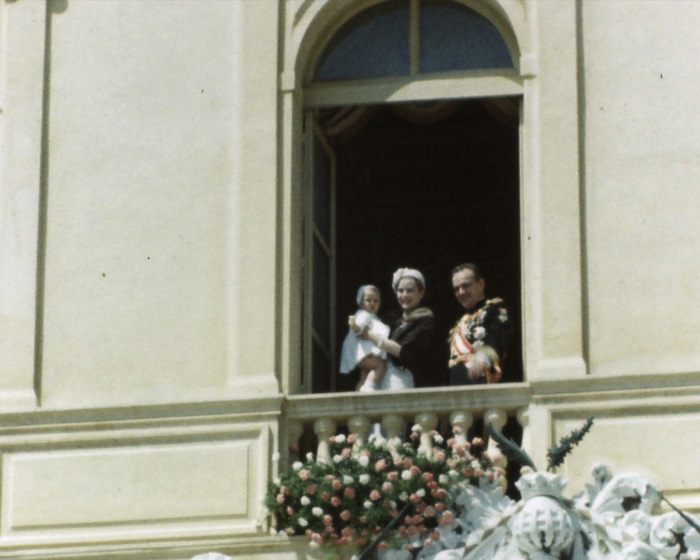 This edited colour travelogue documents a family trip to Beaulieu-sur-Mer and surrounding areas. The film shows the hotel 'Savoy' with gardens set next to the coastline and mountains. The family sit together having a meal on the hotel balcony and swim in the harbour on a inflatable lilo. A young girl (Barbara Tomes) is seen sitting on a wall doing some needle craft with close-ups of her work.

The second part of the film tours several local villages, towns and landmarks, that includes a visit to Sanctuaire de Notre Dame De Laghet in France, Èze on the French Rivera; and La Turbie with monument 'Trophy of Agustus' in Monte Carlo, where festivities are taking place to celebrate the christening of Princess Grace's second child, Albert II. The streets are full of people awaiting the arrival of the family at the Cathedral, other dignitaries and family members arrive on foot and walk past the crowds. The royal family exit the cathedral and board a car to take them to the Palace of Monaco for the reception, followed by guests on foot escorted by the house guard. The Royal family are next seen at a window of the Palace with the children, waving to the gather crowds of pubic on the streets below. The film ends with a summary returning to coastal scenes of Beaulieu-sur-Mer and an end title: 'The End'