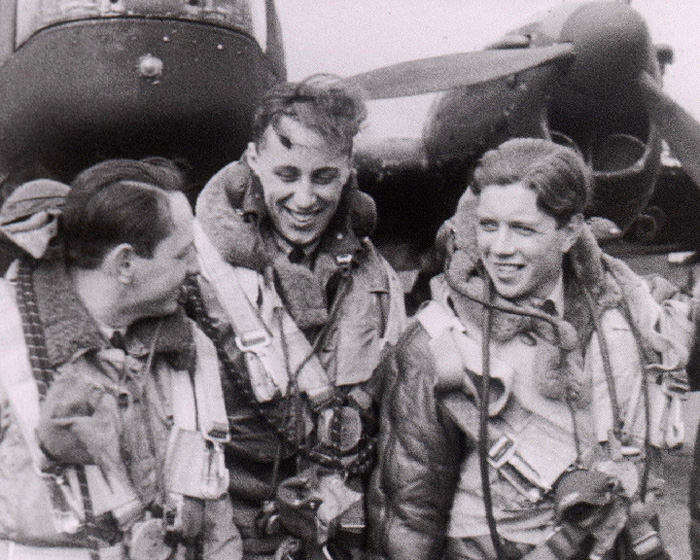 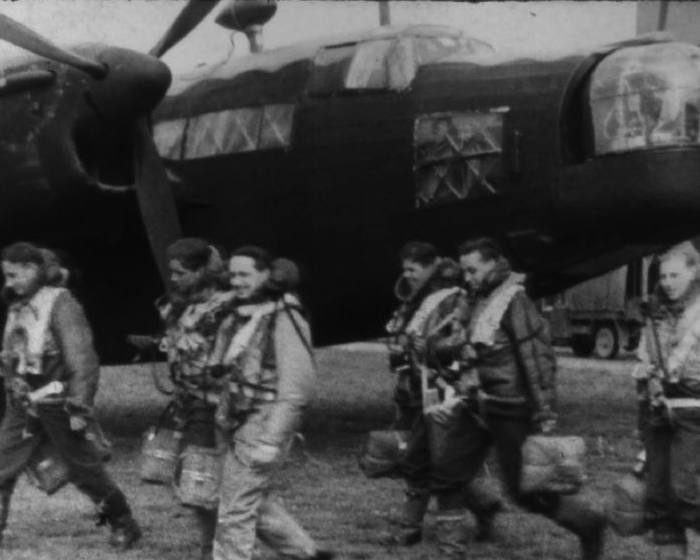 This black and white film opens on several Vickers Wellington Mk II, being made ready on an airfield. The ground crews of 104 Squadron at RAF Driffield (No.4 Group RAF?) load the aircraft with bombs, transported on a train of low carriages. Portrait shots of 'T-EP' surrounded by ground crew, is followed by a wider shot of 'R-EP' on the air field. Six men possibly pilots and aircrew walk past the camera, stopping in front of the film-maker for portrait shots. The men dressed in full flight gear with parachutes stand in front of the cockpit of a Vickers Wellington Mk II (possibly all part of the six-man crew on the same aircraft). The next section of the film shows a Vickers Wellington Mk II in flight, filmed from another aircraft. Aerial shots follow with close ups of other Wellington Mk. II flying in formation and alone next to the film-maker's aircraft. 'EP-R' with 'W5461' followed by shots of the aircraft in extreme close up and at distance.

The next section with intertitle: 'Vickers Supermarine 'Spitfire' V. On active Service - This type is fitted with two canons in the main planes and four machine guns. Top speed is over 400 m.p.h' The film shows an airfield with a row of Spitfires filling the shot. Several men in full flight gear (RAF 501 Squadron ?)race out from behind a hanger to board the aircraft. One pilot has difficulty putting on his parachute harness before boarding his aircraft. A series of close ups of the pilots sat in the cockpits of their aircraft follow. The aircraft then take off in convoy - 'SD-R' (W3841?),' SD-O' (AD 182?), 'SD-W' (AD200?), 'SD-V' (?8741) and 'SD-S' (W3843). Static on the airfield 'SD-D' (W3845) makes ready for take off, taxiing around the film-maker.

The next sequence shows several Spitfires taxiing together across the runway, taking off in groups of three. The shot repeats three times showing nine aircraft in total, followed by aircraft performing several group formations in the air. The aircraft then land individually and all the men stand in front of a Spitfire (one officer holding a terrier dog) on the airfield as the camera captures a series of close up portrait shots . 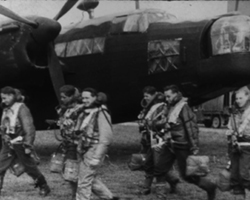