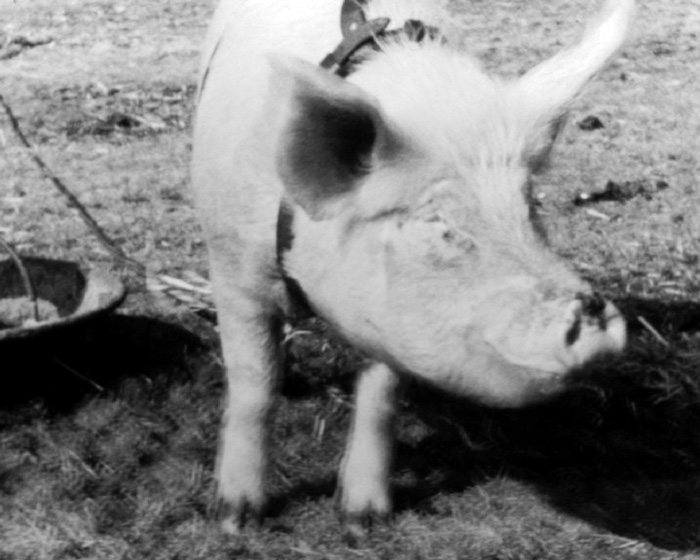 An opening title reads: 'Civil Defence Sunday, His Worship the Mayor Mr Coun. B. Dutton-Briant J.P. Inspects the Services, Brighton Nov 15th 1942'. Uniformed men and women stand to attention in Brighton Pavilion gardens. In Church Street the Mayor walks past fire engines and other service vehicles. An intertitle reads 'German one and a half ton Bombs, February 1942'. A crane is shown lifting a bomb in the air.

The next intertitle reads: 'Lord Woolton, Minister of Food Opens Brighton's Civic Restaurant, May 16th 1942'. Scenes in the street show the minister and various people outside the restaurant with its sign 'Civic Restaurant' above, and close by, there is a sign for the 'Air Raid Shelter'. The next intertitle reads 'Brighton Waterworks, Annual Inspection 1941, Chairman Colin A Rostance'. Various men in suits stand outside. Inside dark shots show large machinery at work. The same group of men stand outside the Old Ship Hotel followed by further shots of them inspecting the machinery. The men then raise a toast with glasses of water (?).

An intertitle reads 'Transport Demonstration, Portable Emergency Water Pumps for Brighton Waterworks, June 1942'. The water unit (?) is towed by a steam engine past a windmill.

An intertitle reads 'Warship Week, Brighton, Feb 7th to 14th 1942'. A trollybus decorated to celebrate Warship Week drives along Grand Parade and round the Old Stein. Following this, an intertitle reads 'What Brighton Does With Its Kitchen Waste 1941'. A pig farm is shown and two women working as Land Girls tend to them. Intertitle 'Tank Week Brighton'. A tank rolls down a Brighton street with crowds of mainly women and children lining the pavements to watch. Outside the Pavilion, large numbers of children clamber on the tank. The tank, named 'Penelope', then rolls on.

An inspection of air raid wardens follows with Herbert Morrison, the Home Secretary ahead of various other people leading the inspection. He shakes the hand of a uniformed civil defence volunteer. An intertitle reads: 'Home Secretary tests apparatus for locating persons trapped in bombed houses'. The same group view and test the equipment which has headphones connected to a large horn shaped listening device. The Home Secretary watches closely, then dons the headphones to try the equipment himself.