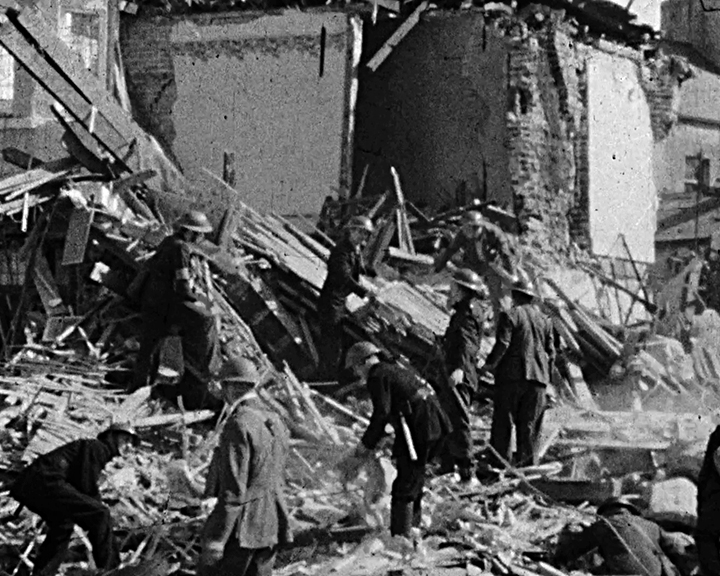 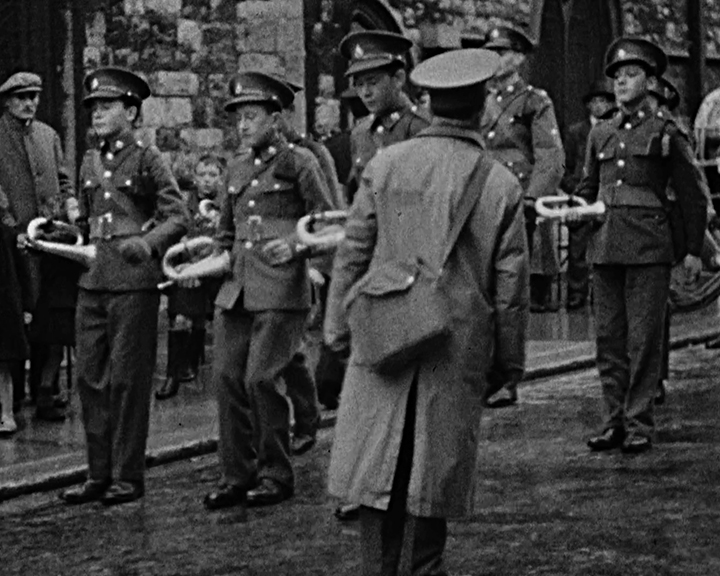 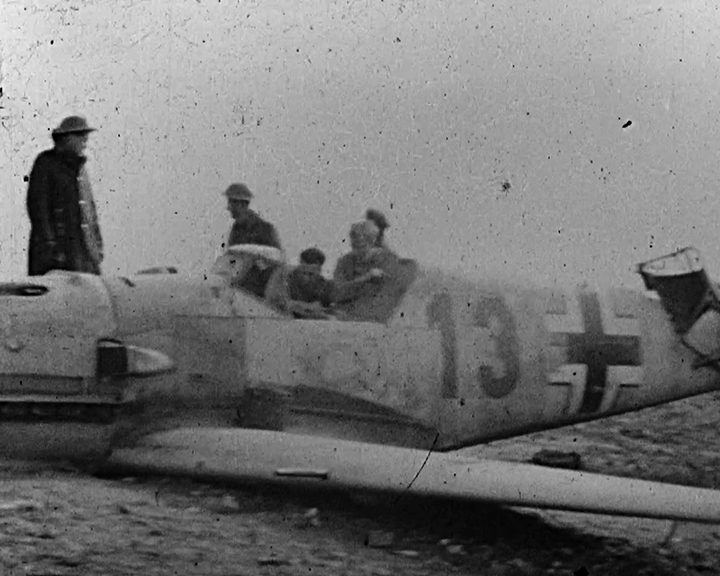 The film opens to scenes of men clearing bomb damaged residential areas. Many people stand and observe the wreckage, some parts of the buildings hanging precariously. An ARP staff team are inspected in a line-up and congregate ready for duties, meanwhile a squadron of cadets, a military band and local ARP wardens march through the streets. People help to clear debris and groups gather in the grounds of the Royal Pavilion sifting through the upturned earth in the gardens. A few fleeting shots follow of a farmer with pigs in their pigsty before returning to scenes of tanks travelling eastwards along Western Road, Brighton and Hove.

Roadworkers deal with damage and a sign in a field alerts 'Danger Police Notice Unexploded Bomb Keep Clear' followed by shots of the bomb crater. More scenes of bomb damaged houses with teams of ARP (RP/U repair and rescue parties) assisting. Two women from the Women's Voluntary Service arrive to open the Brighton Civil Defence Mobile Canteen and lay out tea cups. "Rocko de Bomber 13" is written on the side of a German aeroplane's fuselage which has crash-landed in a field. The insignia includes the Balkenkreuz Wehrmacht emblem on the fuselage and a swastika on the tail fin. A convoy of ambulances passes by. Further shots of the German aeroplane's fuselage. Men are seen at work in the ARP control room, messages are received, squads and vehicles coordinated and a FAP (First Aid Party) is sent out to an incident to conduct a rescue. This last sequence is staged for the camera. 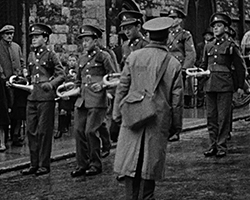 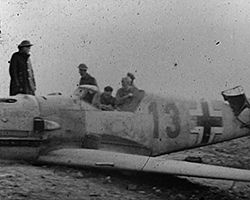