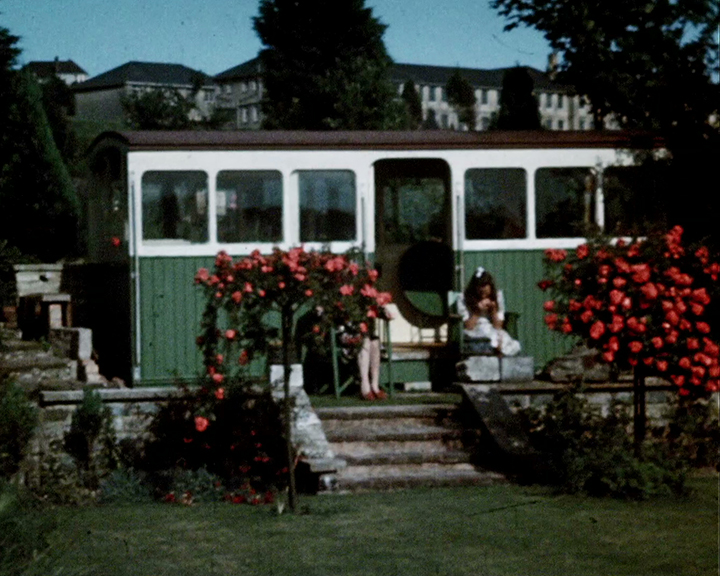 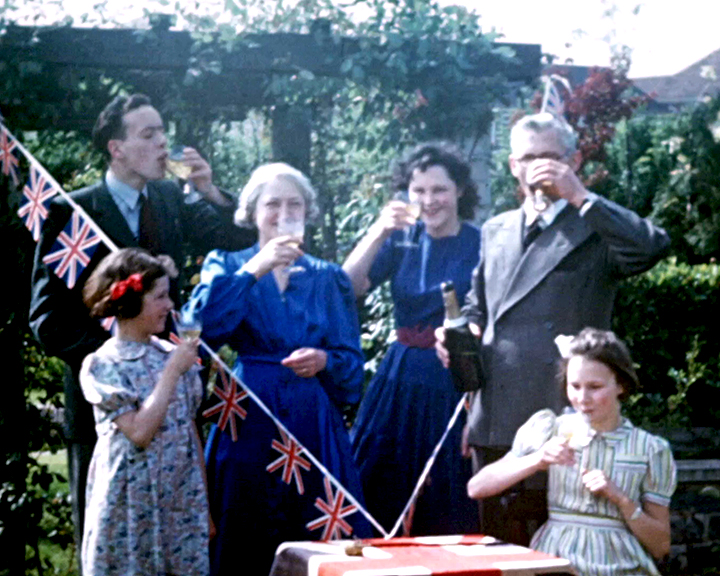 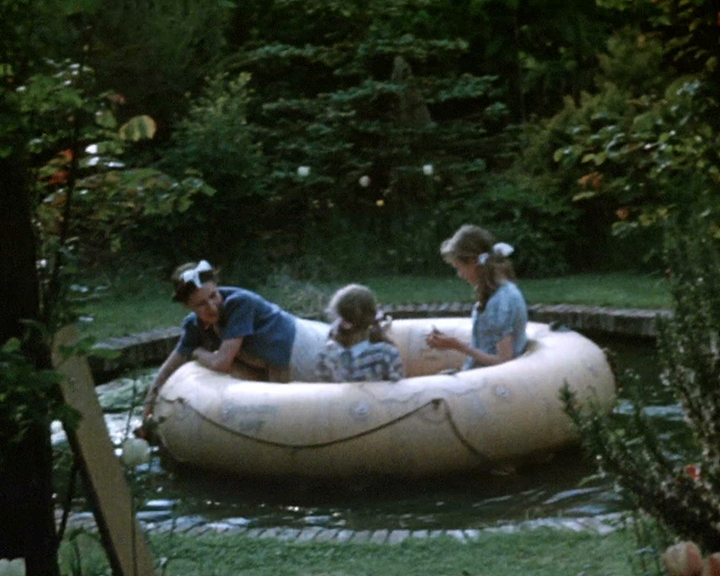 Opening scenes of two women in the garden sitting in front of a train carriage used as a garden room, followed by some close-up images of spring flowers some of which are then showcased in vases. The front of the house is then shown draped in bunting with a Union Flag raised on a flag pole. In the back garden the family gather around a table covered with a Union Flag and bunting and make a toast with champagne. More scenes of the well-cared-for garden and flowers in bloom follow. Visitors arrive: a young man in Royal Navy uniform together with a young woman and an older man in naval uniform and joke with their hosts. The girls wander in the garden, Varndean College can be seen in the background. The garden's water features are seen.

Three girls bring a dinghy into the back garden, climb in and float it on the garden pond. One of the girls picks tulips in the sunshine. More images of the garden, house and family follow. 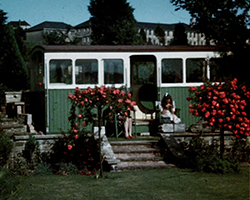 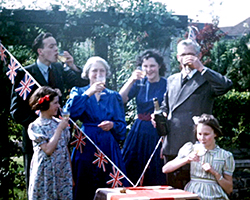 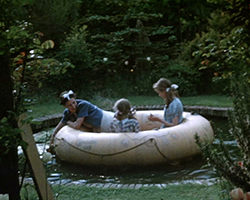