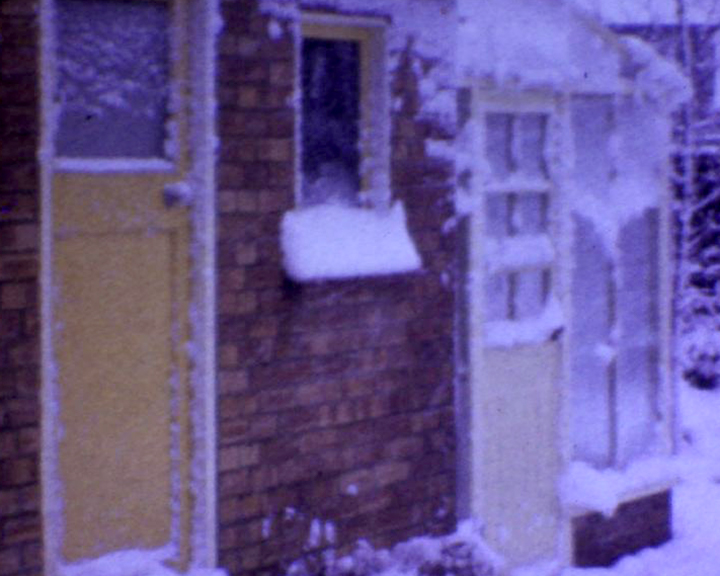 This colour film opens with winter street scenes of the family home and members of the family playing in the snow, building a snowman, throwing snowballs and trying to manually start the family car in snow with a hand crank.

The next sequence shows a montage of spring shots of the family garden and greenhouse, with flowering plants and shrubs, followed by wedding scenes featuring a classic car being used as a wedding vehicle and several family members arriving at the church for the wedding. The film closes with shots of the bride and groom standing together in a garden during their wedding reception.

The next sequence shows a series of London Transport buses navigating a roundabout - the first is a London Trolley Bus '604' heading to the Fulwell Depot, followed by a green livery single decker bus; accompanied by mixed shots of several red London Transport Trolley buses manoeuvring in and around the Fulwell Bus Garage Depot. A sign in the garage forecourt advertises for new drivers and conductors and there is a close up of a lamppost advert for the new 267 Bus route. A female bus conductor is shown walking through the Fulwell Garage to board a bus and issuing tickets to passengers along the route.

The next part shows the children playing in a garden with their toys and the family in a park (Windsor?). This is followed by shots of a seated uniformed music band playing on a bandstand. The film then cuts to interior shots of a group of children playing together in the front room of the family home, then a woman tending to her garden and lean-to greenhouse.

The family visit Great Windsor Park, walking among the flowers in the Valley Gardens. A series of shots follow of the Totem pole at Virginia Water Lake [presented by the Province of British Colombia to HM Queen Elizabeth II].

The film returns to the family home, with interior shots of the garage and front room, followed by a series of shots of flowering plants in the garden. The adults are seen playing games with the children and there is a brief shot of a family gathering at the house.

A final sequence shows a Bluebird livery coach on a turntable and a BEA plane taking off from a runway (Shoreham Airport?). The film closes with shots of the interior of the terminal building and several aircraft stationary on the runway. 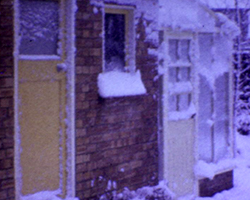