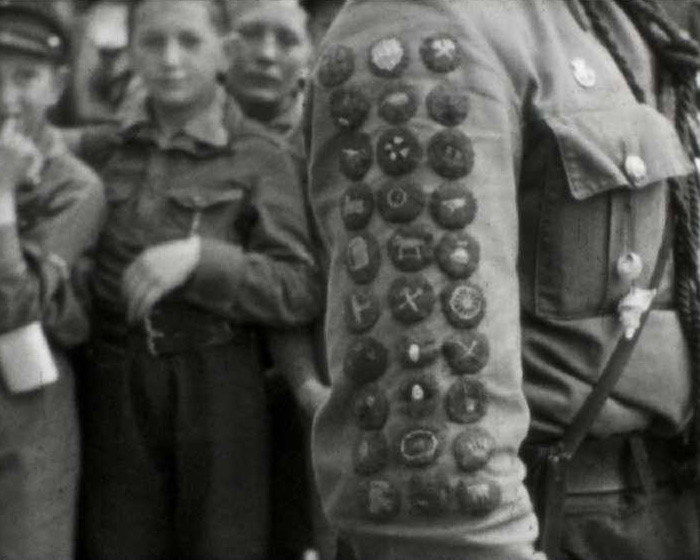 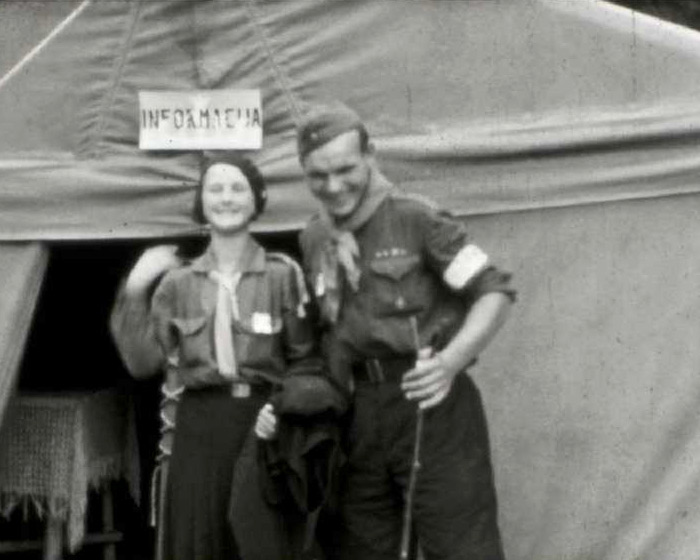 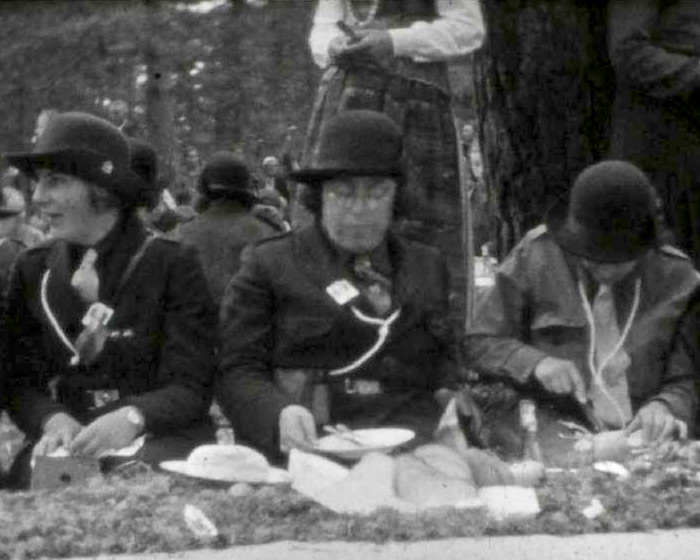 This film Documents the voyage of the Baden-Powells, and 650 Scouts and Guides, as they cruise Europe in the SS Calgaric visiting Scout and Guide groups in Europe, on an ‘Argosy of Peace’.

Reel one: This film is of the first part of the voyage. Their route is illustrated by maps, as they travel from the South of England to Rotterdam, from Rotterdam through the Kiel Canal to Gdynia, Poland, then for marches and rallies. There are displays, and scout/guide badges are filmed. At times, Baden-Powell address the crowd. They travel from Gdynia to Klaipeda, Lithuania, then onto Riga, Latvia, then from there to Tallinn, Estonia, then onto Helsinki, Finland. Each section is divided by spacing, and in each location Scouts and Guides are shown camping, or assembling in the groups and meets with local officials. In Lithuania he has lunch with H.E. The President at Palanga.

Reel two: The film shows the second part of the SS Calgaric’s tour. It begins with a map indicating a the journey from Helsinki, Finland, to Stockholm, Sweden. The voyage to Stockholm, and Stockholm from the sea, are shown. There is a visit to Skansen, and the view of Stockholm from there is shown. Another map indicates the journey from Sweden to Norway. Street scenes of Oslo, and its architecture, follow. In each location Scout and Guide processions and displays, and local architecture and street scenes, are recorded. Various games and entertainment is also filmed. Another map shows the journey from Oslo to Scotland, then on to Liverpool where a crowd (including the Lord Mayor) welcome the ship from the docks. 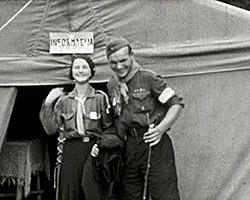 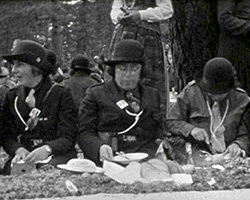