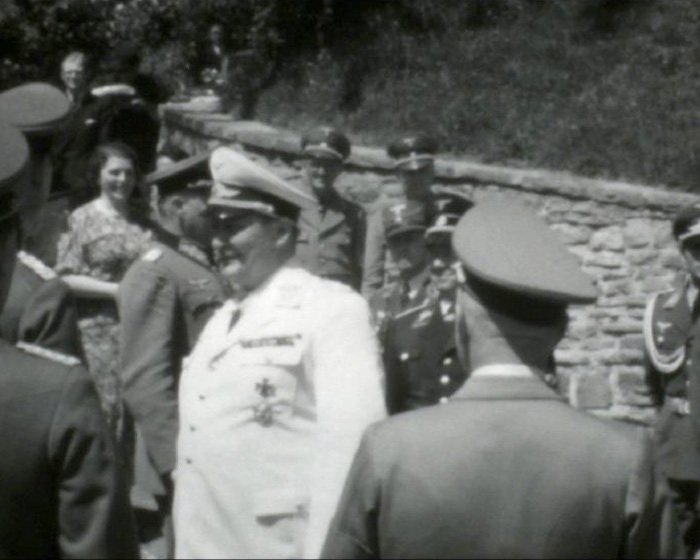 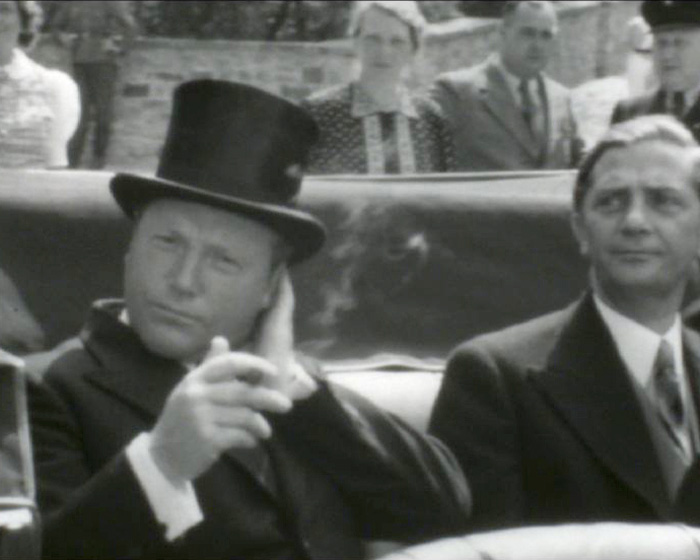 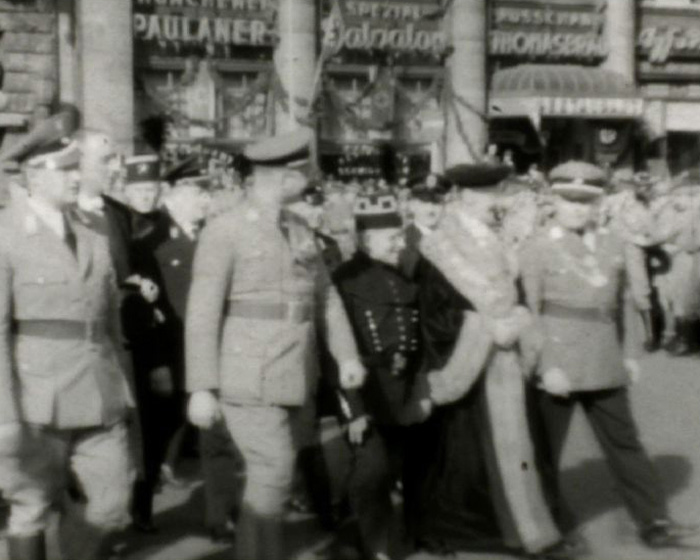 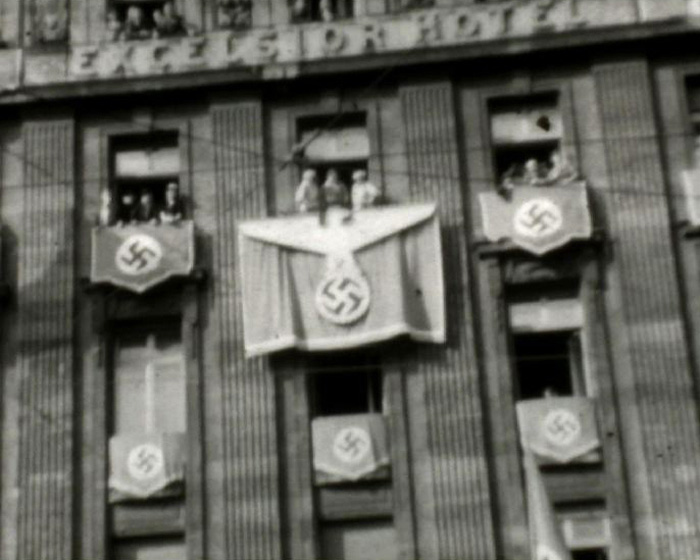 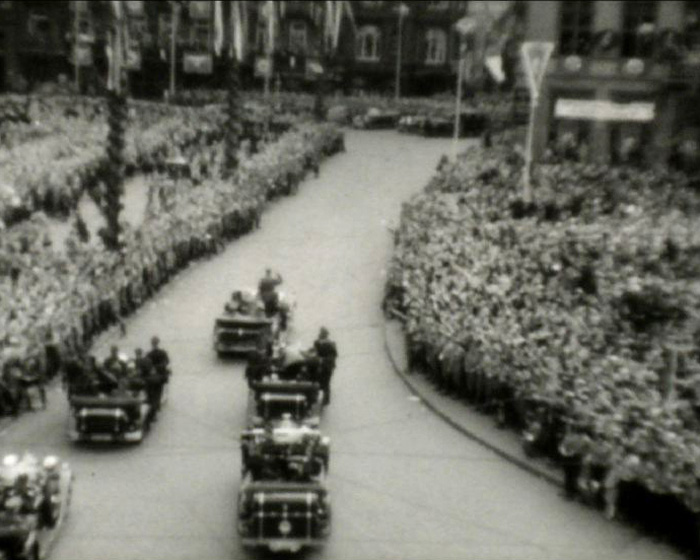 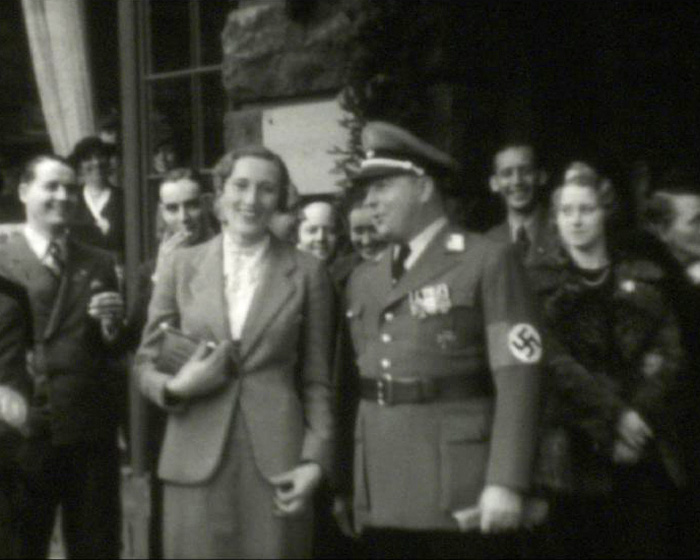 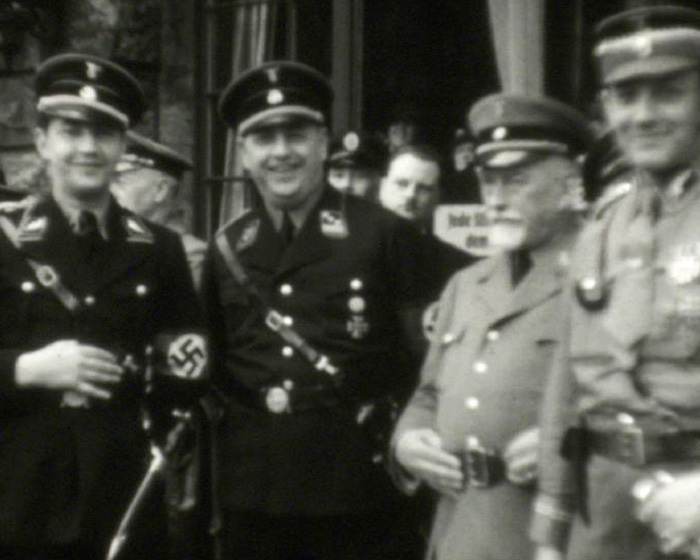 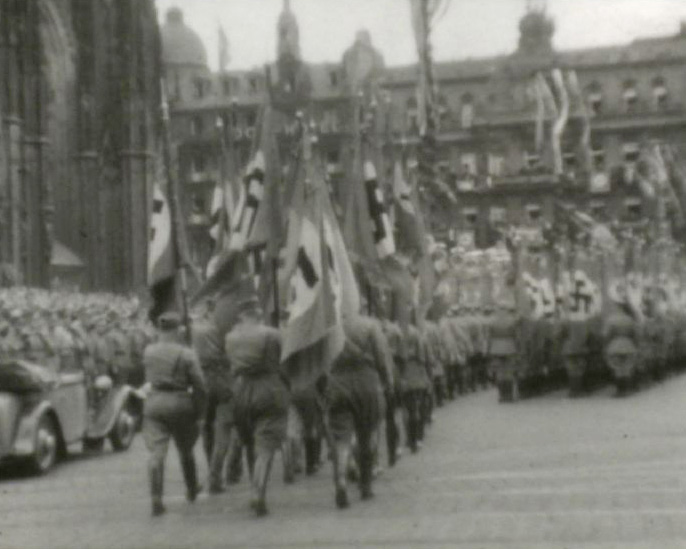 This black and white film opens with a large crowd gathered in the square outside Essen Hauptbahnhof, station with building and street furniture draped with in Swastika flags. Several military vehicles pass and stop outside the station. In one vehicle several men are standing and saluting the crowd. Several people climb lamp posts to get a better view. Mixed shots of several buildings and churches follow, including the Basilica of the Holy Apostles, Cologne. The film-maker captures views of a grave site with swastikas attached to wreaths.

The next section opens with an AGFA title dated 1938 with several Nazi group officers and personnel meeting and greeting each other in a courtyard, next to a building draped in swastika banners. Groups of people line the street below.

Hermann Göring appears wearing a white uniform. Shots of other ranked officers are seen waiting in the courtyard as Hermann Göring leaves in an open-topped car saluting to the officers as the car pulls away. Several women in summer dresses gather in the courtyard, as two men leave (Veit Harlan and another) in a car. On a balcony, two women stand talking. Further scenes show the rural landscape and the group in a garden.

Scenes of a football match in a stadium follow with players making the Nazi salute (some over exposed shots).

In Cologne a parade takes place in the square outside Cologne Cathedral where a large group of officers are gathered. The streets and buildings are filled with Nazi flags and banners. The military parade passes, followed by a convoy of open-top cars, (possibly including Adolf Hitler) the men in the cars salute towards the crowd. People stand at the windows of the Excelsior Hotel in Cologne, with the windows draped in Nazi flags. The film shows a group of officers and women gathered outside the cathedral, talking and gesturing towards the camera, followed by further scenes of the crowds and parading soldiers. 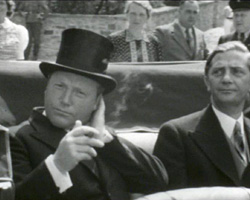 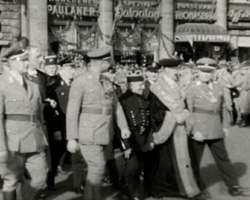 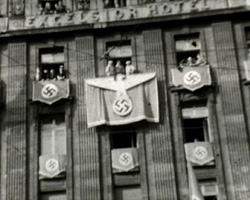 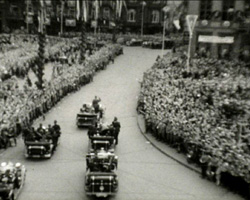 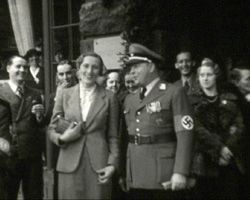 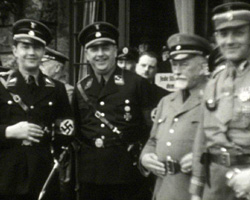 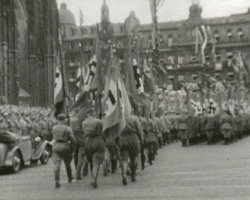 Hermann Göring was President of the Reichstag, and Government Minister and Commander-in-Chief of the Luftwaffe. Some of the German officers are members of the SS (the Schutzstaffel); the Nazi paramilitary organisation that became responsible for the running of its concentration camps in the run up to and during the Second World War.