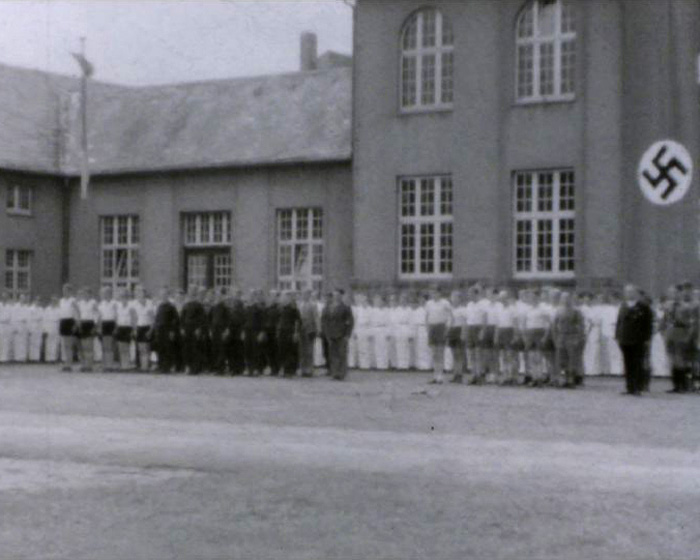 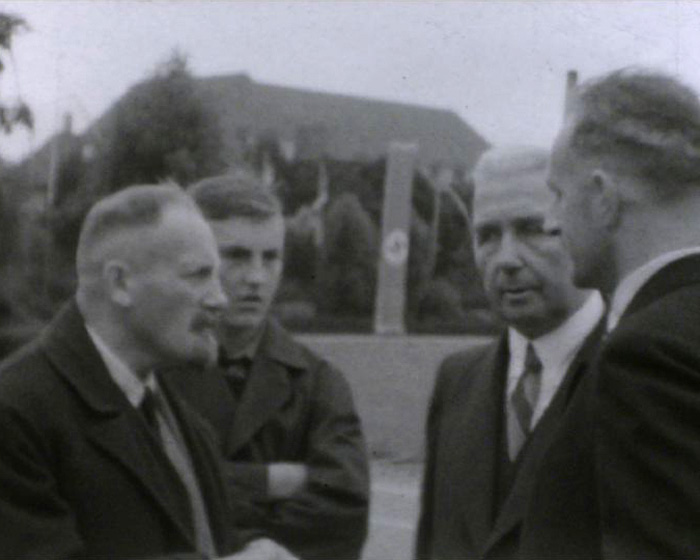 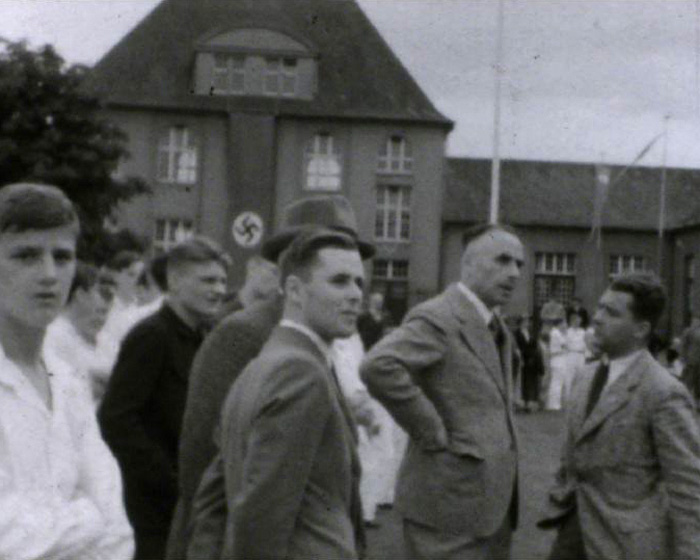 This black and white film opens with scenes of Nazi officers and young men practising with a ground riffle at a shooting range.

The next section shows a large group of Nazi officers and others gathered around next to a barracks or school. A banner with the Nazi swastika hangs down the front of the building. Officers and various men stand and listening to an older man speaking. The officers and attending group all use the Nazi salute, Groups of young men are then shown parading. Shots of feet and officers in various types of uniform are seen.

The group then partake in a set of athletics events (including long jump, races, volleyball and shot put). Several groups of men gather to watch, accompanied by a series of close-up shots. 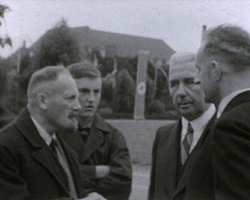 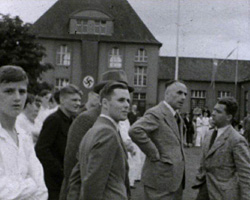