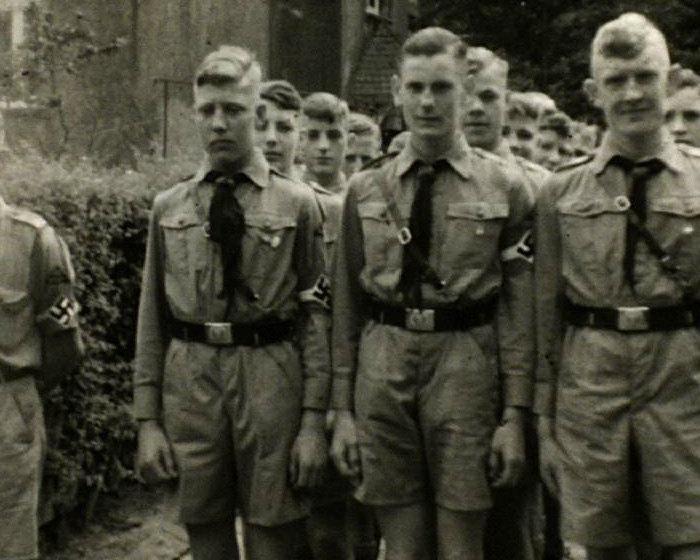 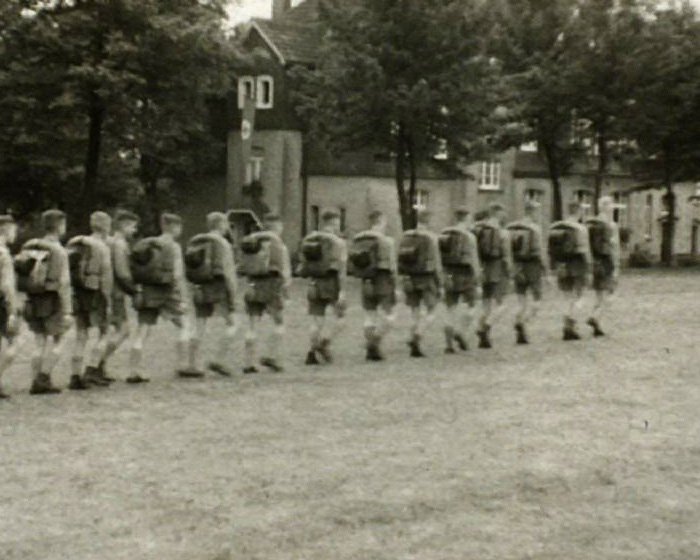 This black and white film opens with scenes of a youth parade by the Hitler Youth outside a building dressed in full uniform with swastika logos on armbands, in the Hitler Youth diamond design.

The following scene shows a man standing on a podium addressing a large group gathered in a hall, with some in full uniform. Note: the shots are quite dark, making it difficult to see the speaker.

The next section shows a second group of boys from the Hitler Youth parading and undertaking physical training exercises on a green. A large group sit to observe the display.

The final section shows a brief theatrical performance by two young boys where they appear to have a fight. They then perform a song, one boy singing, the other on an accordion. 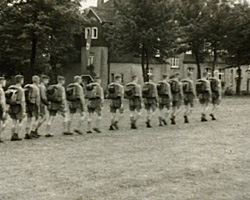