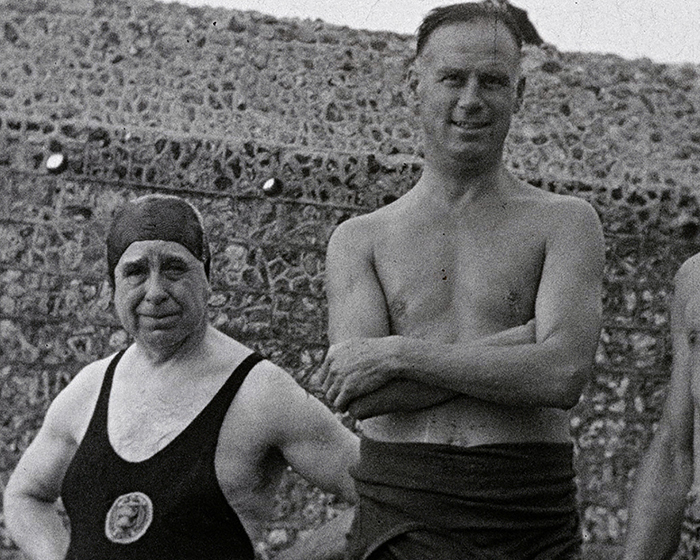 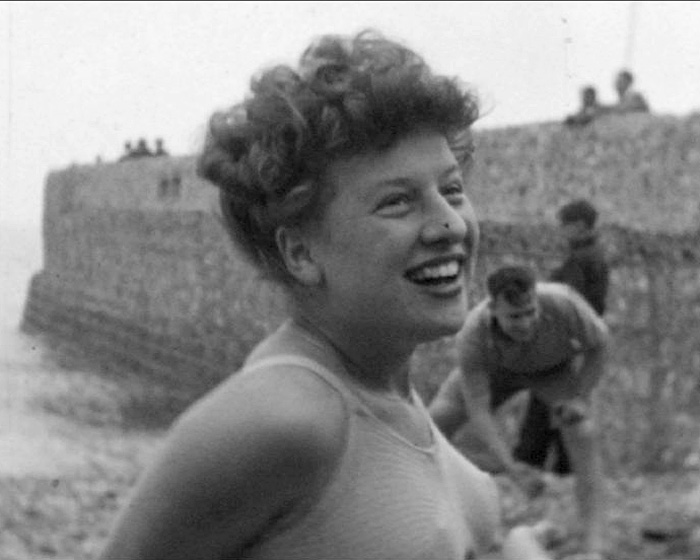 The film opens with shots of Roger Dunford (RD) swimming at North Road swimming baths, followed by scenes of a Brighton College of Art rag day event; students are seen dressed in costume with collection tins.

RD walks into a house; he looks and smiles at the camera.

On a Brighton beach Betty (?) with other members of Brighton Swimming Club (BSC) stand together, as sunbathers sit and lay on the shingle to listen to music from a gramophone and members of the BSC sit in RD's rowing boat. Shots of Brighton seafront, filmed from the Palace Pier; RD can be seen climbing on top of a roof to the Palace Pier sign; he waves at the camera whilst sat on top. A group of people winkling at Black Rock, and Roger's sister Joan can be seen entering the water.

The scenes return to club members, crammed into a rowing boat; they rock it until it capsizes and sinks; two men can be seen entering the water with a canoe (used before the introduction of surfboards). Shots of sailing and speedboats on the water. Roger's sister is seen on the far left with two other people walking off the beach A group of BSC members can be seen messing around on the beach and Fishermen are seen pulling in nets full of Mackerel; they sort through the catch on the beach. Two men are seen in a rowing boat attempting to start the engine.

Two men (one of whom is Pam's (?) uncle) do a handstand on the beach near Peter Pan's playground .A group of smartly dressed people are seen leaving a building; they make their way to the beach where they are seen sitting next to the old arch (being cleared after the war). Three men are lined up on the beach, posing for the camera. Far left is Tommy White (treasurer of BSC) Ernie Gash and George Potter (left to right).

Dark and grainy footage of swimmers and shots of the sea from across Kings Road is followed by shots from outside RD's house [St Peter's Place], a man gets into a parked car (the film is rotated to give the impression that the car is rolling over) [also on TID_9271].

The film ends with shots of Madeira Drive on a stormy day; waves break over onto the road and pedestrians can be seen running to avoid getting wet. 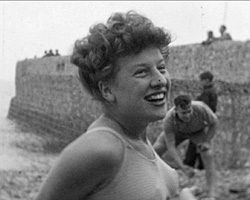