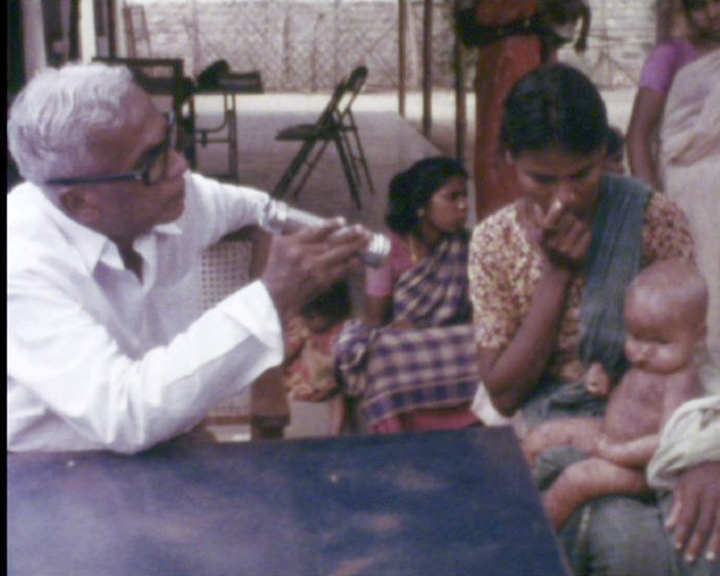 The film shows everyday life in rural and urban villages, including; a day at the market selling goods, making pots on a wheel, and work being done at field centres to educate mothers on the best ways to boost immunity and nutrition.

The film explores the work at several field medical centres as well as larger government hospitals and mobile field vehicles. Health workers distribute Vitamin A supplements and pellets to lines of waiting children in a village. At another village centre, a doctor demonstrates good foods to eat and how to prepare food in a field kitchen.

The film ends with a summary of the continued work being done by the Royal Commonwealth Society for the Blind in India, crediting a number of additional associations (UNICEF and other local groups) and personnel that support communities hit by malnutrition.

This film includes footage of adults and children being examined and treated by physicians throughout. Full opening and closing titles complete this film with a voiceover narrative and music soundtrack.

[some scenes of nudity have been removed for online use]

Further information can be seen on the BFI Explore Film & TV page with cast and credits
http://explore.bfi.org.uk/4ce2b6e038cbc