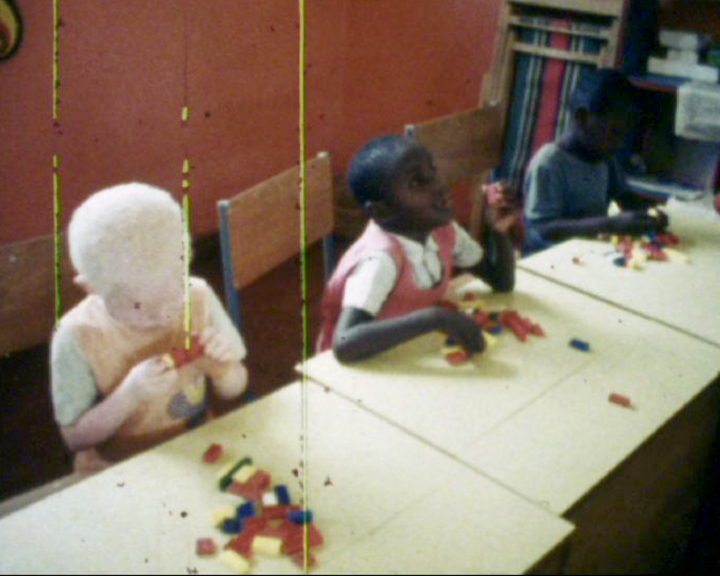 The film explores the common reasons for blindness in Africa, such as Trachoma, Measles, Malnutrition and 'Muti' the local term for traditional remedies or medicine. It looks at the impact disease has on local communities, particularly on members from the Maasai people; highlighting how blindness impacts their daily lives - showing several members receiving treatment at different field units.

St Montfort Teaching College in Malawi is also featured, demonstrating best practice in using the open teaching system for both sighted and blind children. A range of tactile books and study materials are seen in close-up.

This film includes footage of adults and children being examined and treated by physicians though out, including surgical procedures being undertaken at Blantyre Hospital, Malawi and at several mobile eye clinics.

Further information can be seen on the BFI Explore Film & TV page with cast and credits
http://explore.bfi.org.uk/4ce2b6dc0f98b