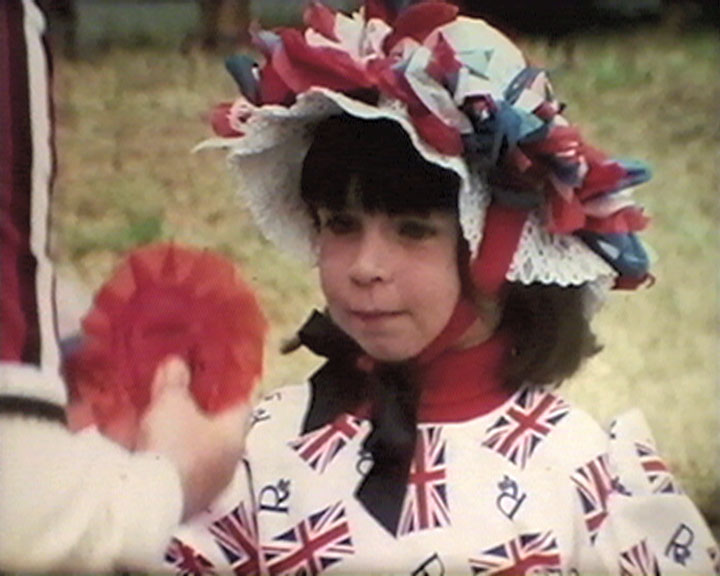 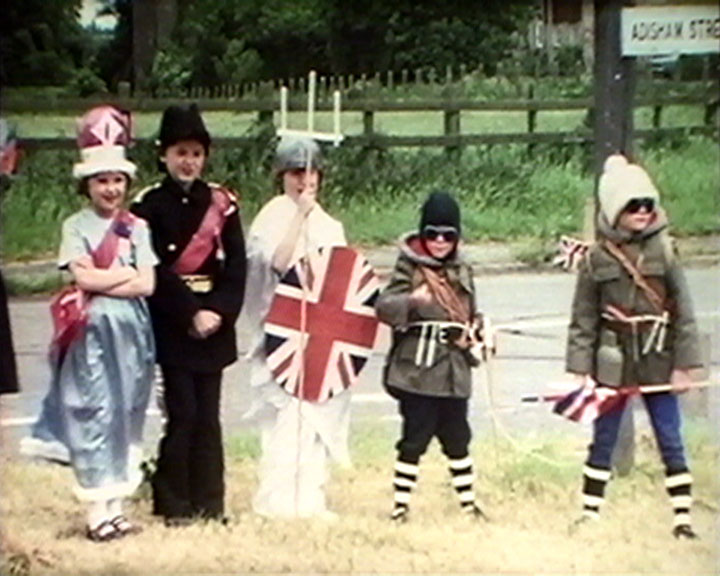 A film depicting the village fÃªte and events in the Kent village of Adisham celebrating the Queenâ€™s Silver Jubilee in June 1977, with accompanying music and commentary.

Scenes of houses decorated with Union Jack flags and bunting open the film. The dayâ€™s events begin with people gathering at the village â€˜roundaboutâ€™. A childrenâ€™s fancy dress competition is held with the children dressed in a variety of costumes including a farmer, Noddy, mountain climbers, a souvenir mug costume, Queen Victoria, Britannia, and George and the dragon. A man dressed as a school girl also appears during the proceedings. A parade through the village includes people on horseback and tractors pulling floats. The village fÃªte which follows is officially opened and the vicar says the Lords Prayer. At the fÃªte there are childrenâ€™s and adultâ€™s races, darts games, cricket games, a balloon race, and cake stalls. Indoors, children sit at trestle tables for a lunch with sandwiches and fizzy drinks. Outside again a pram race is held in the street. The film ends with children being presented with Jubilee commemorative mugs. 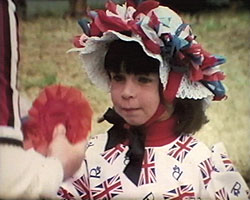 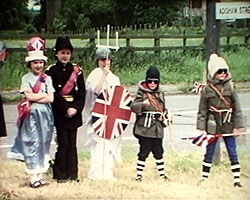