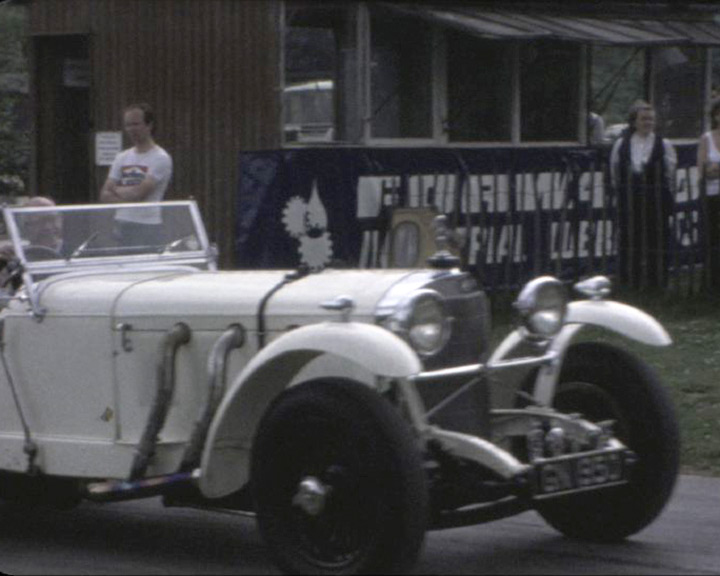 The second part of the film is of the Bugatti Owners Club (BOC) and Mr and Mrs Giles attending a vintage car rally or time trial at Prescott Park. Several vintage Bugattis and a Mercedes-Benz vehicle approach the start line on the hill. The 1928 white Mercedes (36/330 type S: reg: GN 1950) is the first to cross the start line with the driver and Mr Giles (?), followed by two Bugatti Type 43 vehicles (Chassis 43214 reg: SZ 4343 and another without a registration plate) in blue, followed by a third green vintage vehicle (?). The film is captured from inside a Bentley as the car's bonnet ornament of a 'B' with wings, is visible at the bottom of the shot as the cars pass.

The final section ends with the family garden at Sunnymede, where the dogs are seen playing in the garden.