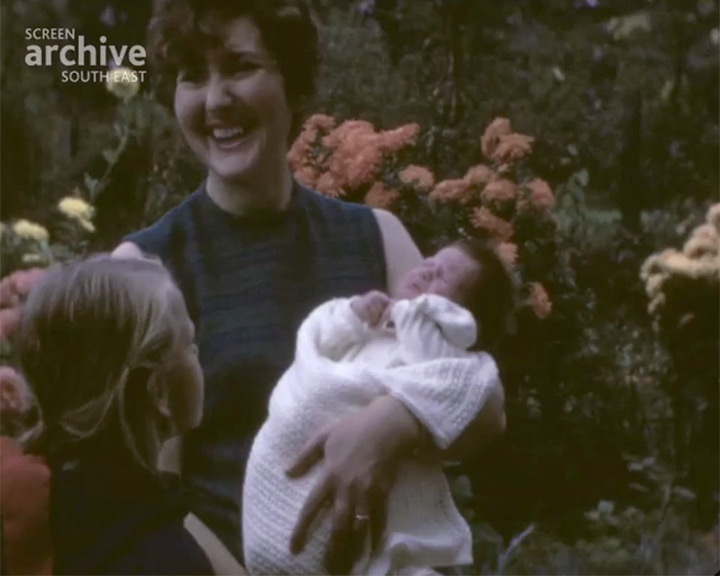 The colour film opens with the family on holiday in Perranwell, Cornwall playing in a garden with a cat and 'Space Hopper' inflatables. The next location shows the family watching a horse racing event. Shots of the Mousehole seafront with boats next to the harbour lead on to the family playing on the beach, next to a stormy sea.

Brief shots of the family pets - a rabbit and a dog, playing in the garden at their house 'Sunnymede' in Chobham, is followed by scenes of the family attending a Bugatti rally at an aerodrome with their Bugatti AFS Fire engine, now converted back into a passenger vehicle. The next section shows the family visiting The Wildfowl Trust in Slimbridge. The family tour the bird enclosures and wetlands with nesting Flamingos, ducks and other wild birds.

This is followed by scenes on holiday in Malta, with two sets of aerial shots though a planes window (British European Airlines) out across the wing. Shots of the family near a pier in Valetta follow, with views across the island to the Church of St Paul's, without the adjacent Cathedral dome.

The next part shows the family attending a car and motorbike racing event at Lyddon Hill Race Circuit near Wootton in Kent. Cars and bikes are seen on the track. This is followed by film of a man attempting tree surgery, whilst up a tree, with the debris falling to the ground. The final film is of a woman holding a new-born baby wrapped in blankets in a garden in Bexley, Kent. 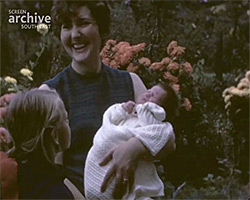