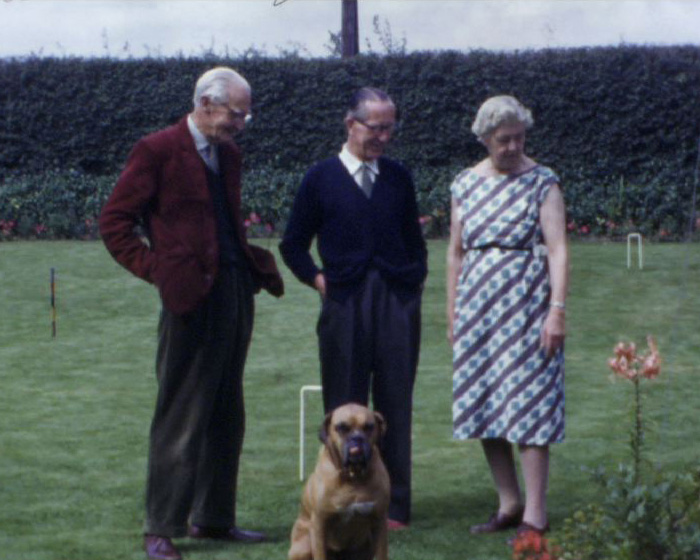 This film opens with snowy scenes of the family home and garden, named 'Sunnymede' in Chobham in Surrey where a man and a young boy are seen riding a toboggan on a hill and along a rural track road. The season changes and members of the family are seen playing with a dog and a manual mower/grass collector (?) in the garden.

The first holiday section opens with the family in Falmouth, outside the Green Bank Hotel on the harbour. Shots of the harbour follow. The family are then seen aboard the King Harry Ferry with their cars docking at a harbour. This is followed by a close up of a village sign: 'Mevagissey St Austell Urban District' followed by shots of the local area with boats in the harbour and houses on a hill. The film briefly returns to the Sunnymede house and gardens with the daffodils in full bloom, to be quickly followed by a second holiday, with the family in Dymchurch, Kent. A man and a woman are seen playing on a child's tricycle and a bicycle, struggling to ride them around the garden and three children play with a full size pram, but argue and fight over who gets to play with it. The film then returns to the Sunnymede house and gardens.

Intertitle: 'Norfolk'. The next holiday section shows a series of close-ups of the family playing croquet in a garden at their holiday home in Norfolk, with external shots of the house and gardens quickly followed by an intertitle: 'A repaint then Dorset once more'. Eric Giles is seen repainting a caravan 'Sally Anne' in the garden which is then towed on route to Dorset (?). Coastal shots show waves crashing on to the beach around the family on West Bay sea front, followed by rural and coastal views of West Bay and the surrounding Dorset countryside with the caravan being towed around a field full of cows and livestock.

The final film is of the family waiting for the P & O/ Orient Line SS Oriana to dock at the ferry terminal (Southampton?). The film-maker captures the ship leaving the port with passengers on the shoreline waving to those on board.