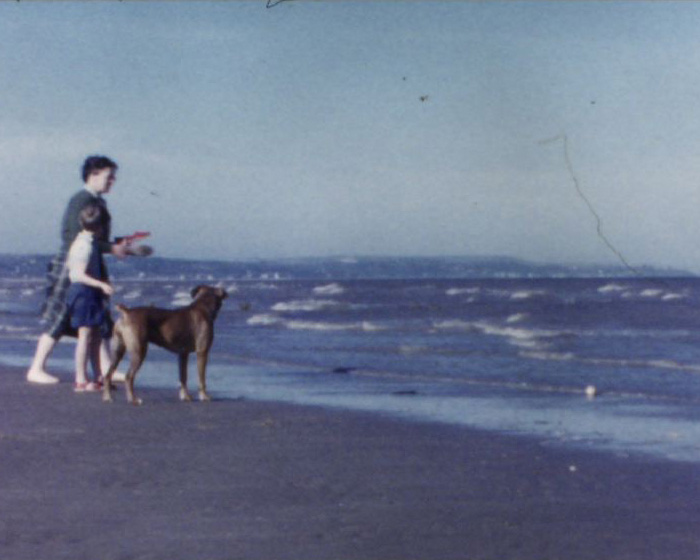 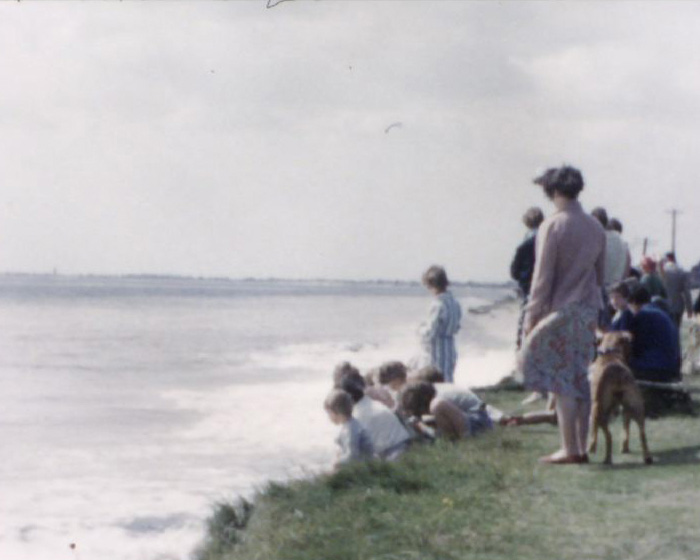 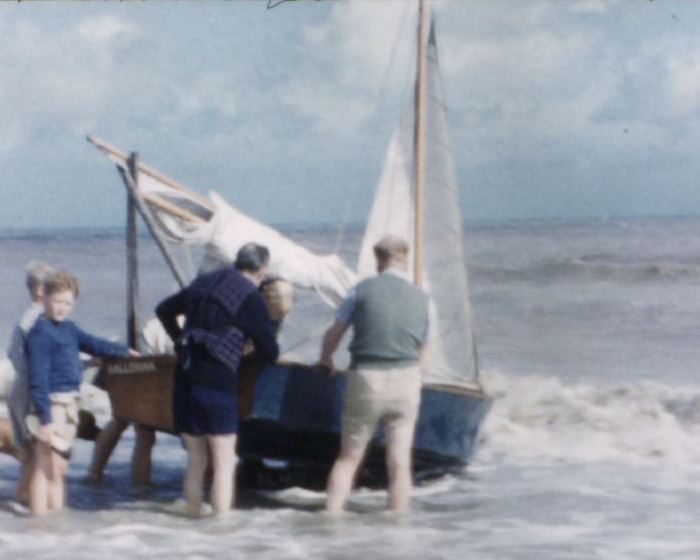 This colour film opens with the family on the beach playing with a dog on the shoreline at Dymchurch. This is followed by a shot of Dover Castle and shots of a residential street with houses and gardens next to the sea front.

The film opens with a young girl in full swimwear playing with a boxer dog in the garden, the family swimming in the sea and a group of young boys playing on a land raft with a cat in a garden (?). The film then returns to a grass verge next to the sea at Dymchurch on a windy day. Several people are braving the cold and wind to go for a swim. Back in the Dymchurch garden a man is seen playing with a dog and a young child, dressed in a swimming costume.

Mrs Giles and two brown boxer dogs are seen walking along the shoreline at Dymchurch. The family go for a swim in the sea and sail in a row boat (Ballerina) out to sea. On the shoreline a child is seen standing next to the boat trailer with two dogs, waiting for the boat to return. When the boat finally returns off a stormy sea, the whole family bring her in as they battle against the wind.

Once again at Dymchurch, the family in swimwear are seen on the shoreline going out to swim in the sea.

At their Dymchurch holiday home, the family are then shown playing a game of swing ball in the garden, followed by shots of the two brown boxer dogs playing together on the grass. The final film shows coastal panoramas of the Dymchurch shoreline and sky at dusk; with the waves breaking against the beach. 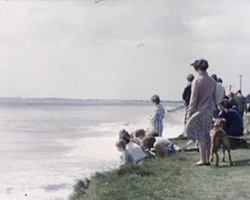 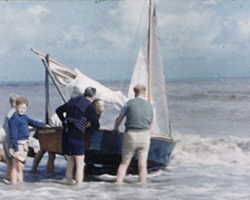