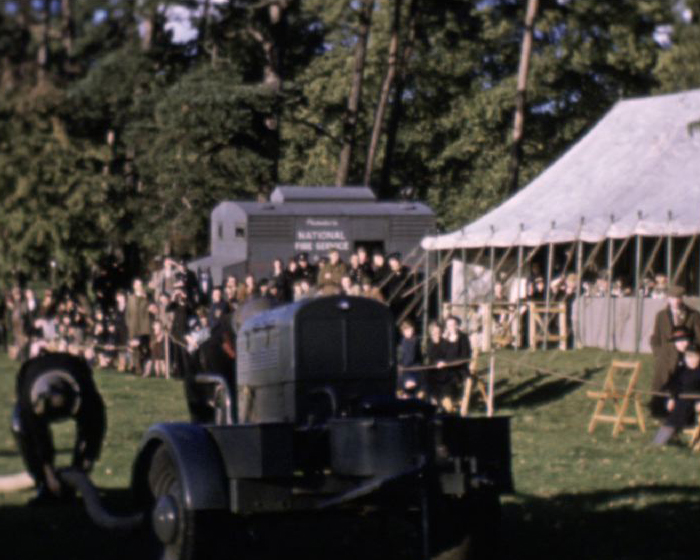 The film opens with the title: 'National Fire Service No. 32 Fire Force Area, Trailer Pump competition - Guildford, October 24th 1942' and shows Crew 32 A (2W) competing in the single team competition, with a close up of their engine and trailer pump, this is followed by 32 B (4W) Crew and their engine and pump and then 32.C (GQ) Crew, engine and pump. This exercise is to demonstrate: the speed in which vehicles, pumps and hoses can be swapped and made ready; hit targets with the water jets; de-rig the hoses and move the engine/pump over a set distance. Spectators watch the event. (Several shots are dark or out of focus).

The next section of the film shows the teams competing in pairs events - demonstrating speed in which vehicles and hoses can be laid out and the flow rate of water through the hoses.

The final part of the film includes shots of the judges' marquee and the prize table laden with trophies, followed by shots of the NFS teams on full parade in rows during the award ceremony and men being awarded prizes following the day's events.