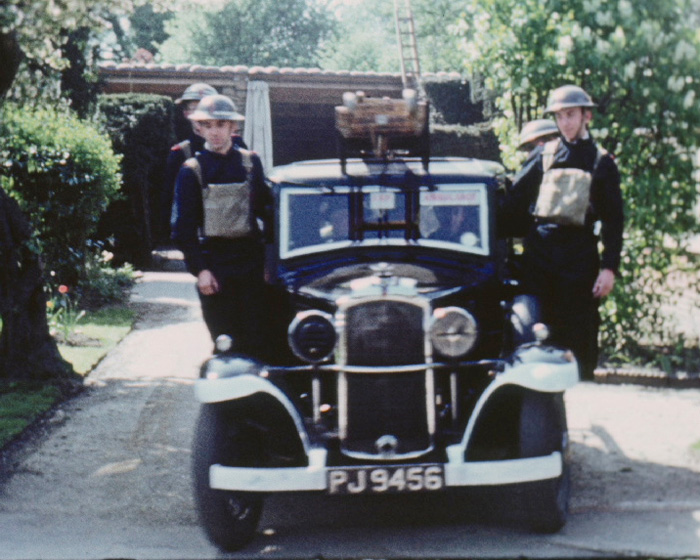 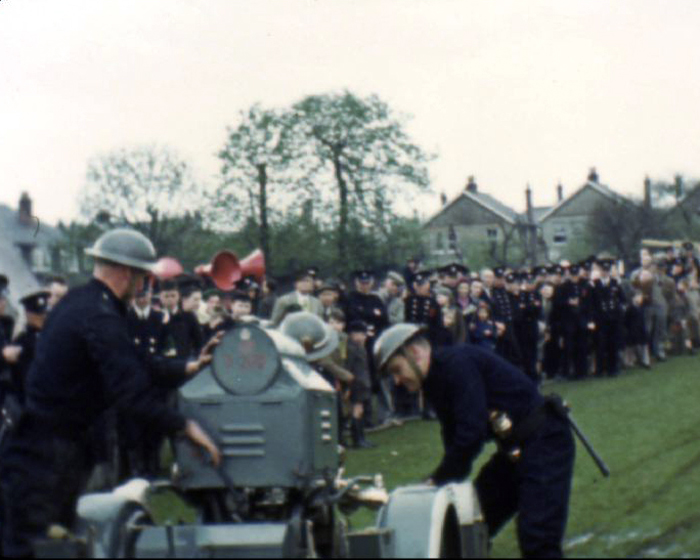 This colour film opens with highlights of several AFS personnel standing around the competition area watching a series of teams undertake timed tasks to pull the trailer pump, lay out and construct fire hoses, and perform a water test over the crowd. (Several shots are out of focus).

"Horsell Sub-Station - and what a crew"

Several shots show the AFS crew at their station, asleep in civilian clothing and then woken by the film-maker. Intertitle: 'The Bell! Blimey!' - The men then wake up and are next seen leaving the station in AFS uniform. They gather around their engine (Registration: PJ 9456) and drive past. The trailer pump and hoses are then seen in use, next to the Basingstoke Canal. This is followed by portrait shots of the men standing together in AFS uniform, along with shots of Mr Giles' Bugatti AFS engine (GC 8581) with ladders on the roof and the trailer pump on tow. The film ends with a shot of the AFS Woking badge. 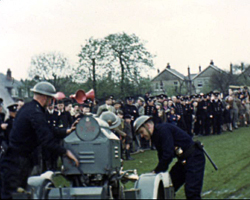