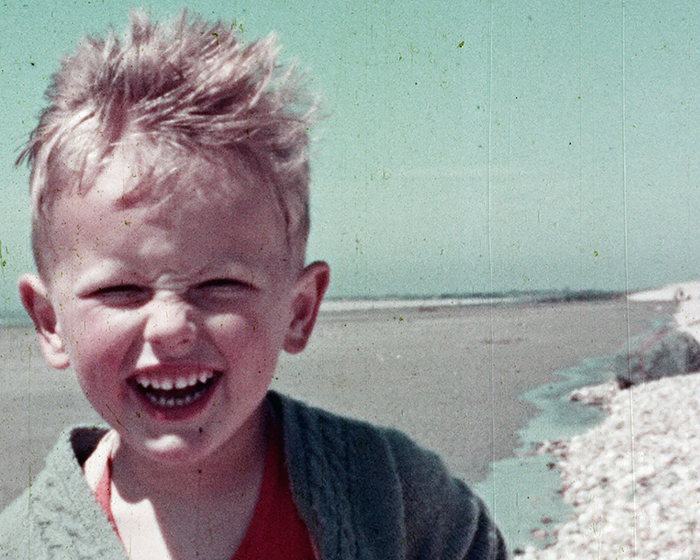 The family make their way to their holiday home having tied a boat on a trailer, to their car. The family stop at a petrol station en route to fill up the car with fuel. On arriving at Itchenor (West Sussex) an Automobile Association road sign greets them that reads: 'East Wittering 3', 'Chichester 6 3/4','London 69 1/4'. The boat and car pull in at a set of industrial buildings.

The next section opens with a panorama shot of a bungalow and the local area, followed by shots of a woman sitting on the railing outside the house playing with a dog. Inside the house, three children sit at a table waiting for their breakfast (?) (dark). Further panorama shots of the coast and sea follow, to then return to the bungalow with portrait shots of two dogs in the garden and a cat eating scraps of food from plate on the table. Several portrait shots of members of the family follow, as they play games, on a swing in the garden. The final section of the film shows the coast at East Wittering, with the family sunbathing and playing on the beach in swimwear. This is followed by shots of the group gathered on the terrace and drinking tea in the garden of their holiday home.

This section opens with young boys playing on the beach making moated sand castles and playing with toy boats in the water. The family play games together on the beach, in the water on an inflatable raft and line-fish from the beach. The adults then join in to make a giant mound of sand with a large moat for the children to play in. (very bright shots).

A woman pushes two young children and red setter dog in a pram down a street. Portrait shots of the children and dog follow.

The next section is filmed from on board a sail boat, where the adults drink and smoke together, and jump off the boat to go swimming. On the shore, a man is shown waxing the hull of a boat, whilst two men try and load the sail boat back on to the trailer. On board another boat, several men eat sandwiches together. Shots of other boats on the water follow. Portrait shots show a group of men standing on the beach near a wooden building. (The last shots are dark and heavily tinted).

A street view of wooden buildings with cars parked outside and a person on a bicycle opens the next section. A public house sign for the 'Crown & Anchor' (near Chichester) is followed by shots of the front of the pub.

The next section opens with a sign for the 'Itchenor Sailing Club' with a party or event in the garden under the awning. Several shots of the bay and harbour follow and of the family in the harbour next to their boat followed by several panorama shots of the landscape at dusk.

The final part of the film shows the shoreline and coast during the day.