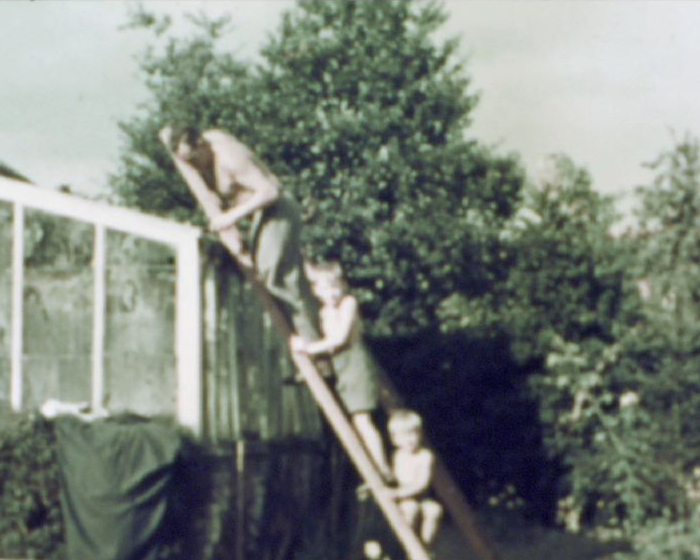 The first part of this film is at Eric Giles' father's house called 'Sunnymede' in Chobham. It features a series of shots of the garden, house and of the local landscape along with shots of members of the family with their pets in the garden. The pets include a small Pickenese dog, a red setter dog, an aviary of budgies and a horse.

The second part, taken at the family home in Ottershaw, shows the house and garden changing during the seasons beginning with Spring, then moving to Summer, Autumn and Winter.

In Spring the gardens are in bloom and a brood of chickens with their chicks are in a paddock. In Summer the family are seen in the garden with their pets and the flowers in full bloom with several views of the house. A lean-to conservatory is seen being taken apart by a man on a ladder with two young boys. This is followed by shots of the roof on the main house being re-thatched by a team of roofers, following an extension built on the house. In Winter the house and gardens are covered by a blanket of snow. The children are seen playing in the garden with the snow, sledding with the dog and building a snowman.

The final part of the film shows the boys and a man carrying a Christmas tree on the back of a sled, whilst Mrs Giles sits in a kitchen knitting.