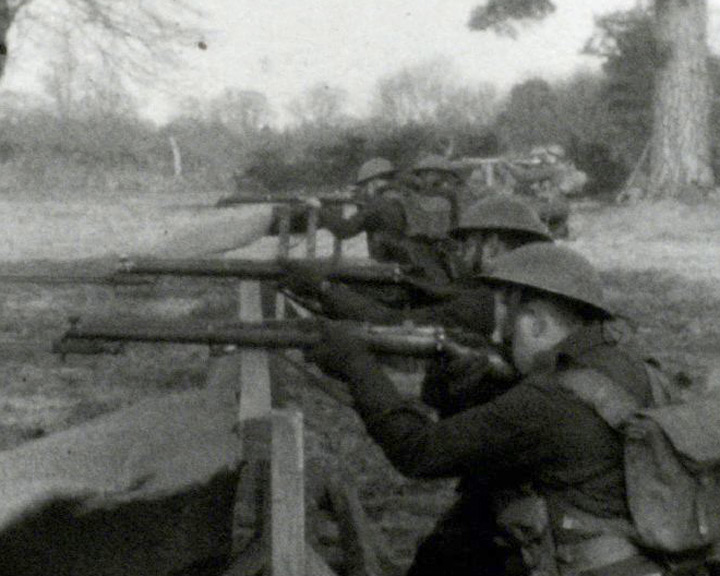 In the next section, a large group of RAF(?) officers are on parade outside a building on a crescent street/ road dressed in full uniform including overcoats. The same shot is seen three times, as the camera moves down the line of soldiers on the street. The group then march around the street whilst a small child watches from outside one of the houses possibly officer homes on an air-base or barracks (Stoughton?).

In the final film a small group of soldiers undertake bayonet and hand-to hand-combat training in a field. The men use sandbags as a 'target' and attack them with bayonets attached to their riffles. All are dressed in full combat field uniforms.