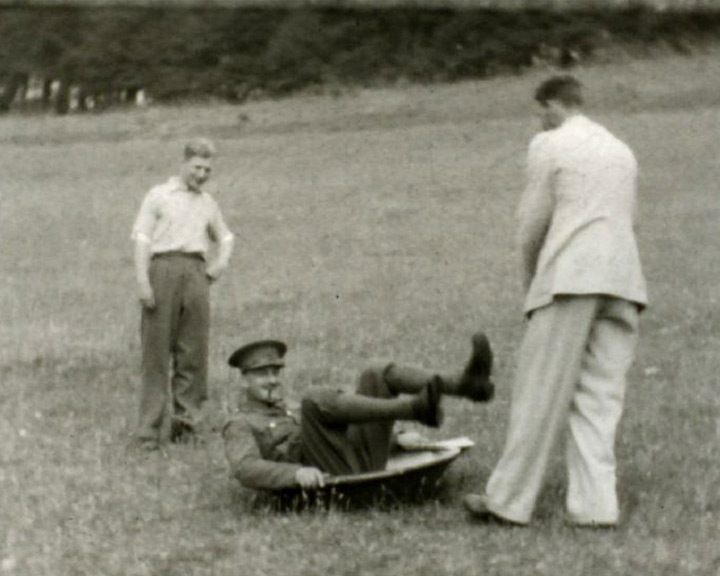 On the camp, a man stands outside a car whilst another drives, attempts to joust or perform 'skill at arms' with a long pole stabbing towards pieces of paper on the ground. Another tries the same from a bicycle and several others from different models of car. The next game is car sledding (?) - where a car tows a man sat in a tin bath at speed on the end of a rope or strap across the camp site. The car is 'BPL 383' a Guildford registered Wolseley 14/(?) (late 1930s) and 'LA 7480' (a North West London registered (ca. 1920s)) Wolseley vehicle.

In the final section, officers and their female guests sit on chairs and sofas in the camp socialising out in the open. Some in uniform others in civilian clothing. A car ('BXR 22' London County Council registered vehicle) is behind them. Another car ('BPL 383') then pulls a man sat in the tin bath, behind the group towards the other side of the camp (the film continues on TID 8973).