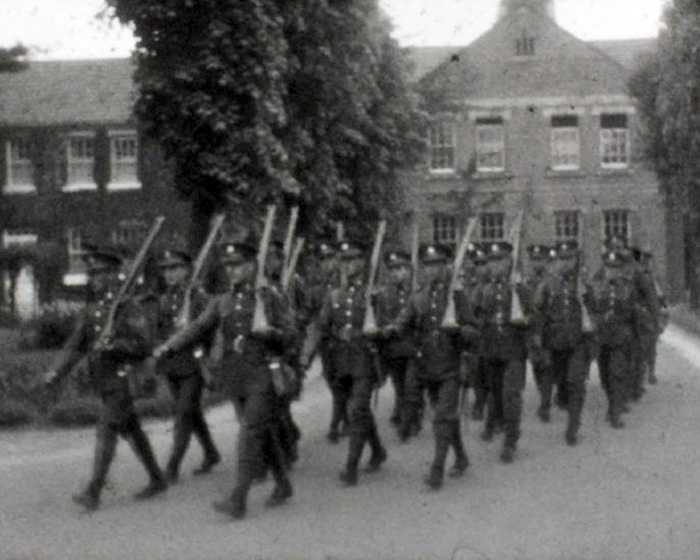 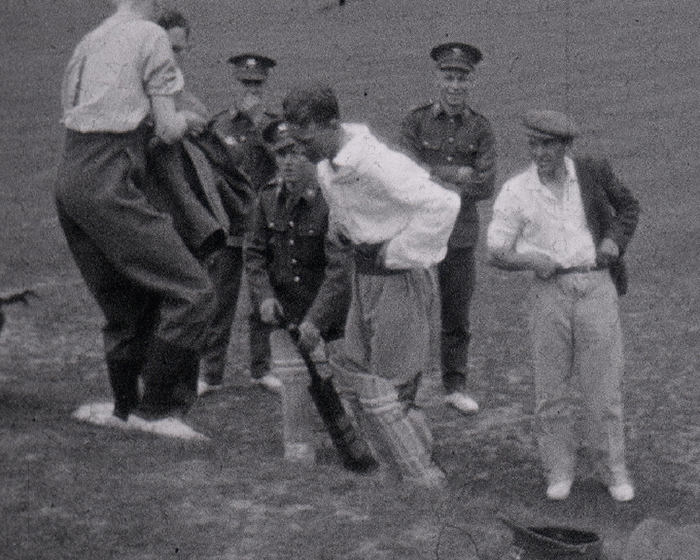 The film opens with a very brief shot of a railway carriage pulling through a train station. Passengers on board can be seen through the windows (possibly Guildford Station?).

The second section shows a platoon of soldiers in full uniform and rifles, marching away from the entrance to Stoughton Barracks and past the camera. The soldiers are from the Queen's Royal (West) Surrey Regiment based at the barracks.

The third and final section shows a cricket match between soldiers, including the Queen's Royal (West) Surrey Regiment. Players stand at the wicket and on the field of play. Several players are sitting on the grass waiting for their turn to bat. The Keep' building on the nearby barracks can be seen briefly behind the players, as they walk off the field of play. 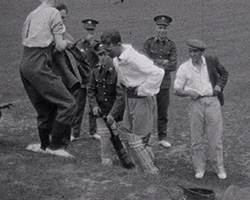 Whilst taking part in a cricket match, or watching from the sidelines, the men variously smoke pipes, tip their hats and play up for the camera – no actual sport is witnessed but the film offers a portrait of relaxed and informal leisure-time for the regiment.