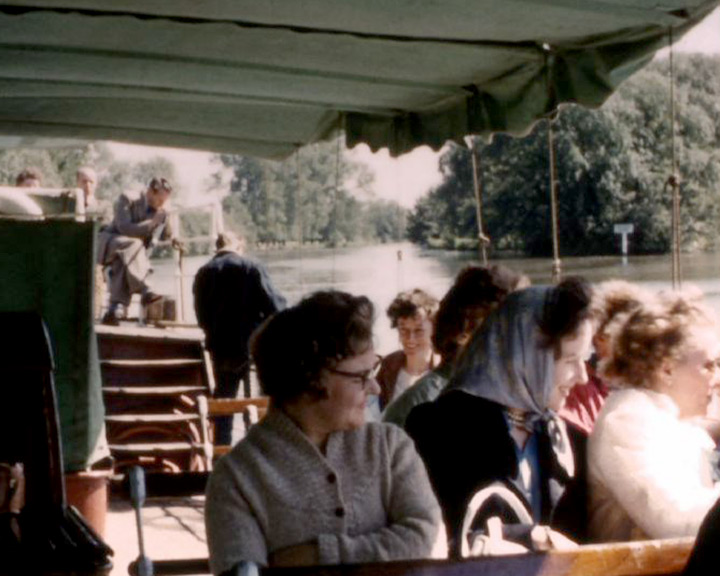 This edited colour and black and white film opens aboard a river boat on the Thames next to Windsor Castle (?), moving along the river passing through a lock (Cookham?) (dark shots) and under Maidenhead Bridge (?). Ornate gardens flank both sides of the lock. The boat continues to tour the Thames passing houses, bridges and boats towards Marlow, Buckinghamshire. Windsor castle is also seen from the river in the distance across the parkland. All Saint's Church, Marlow and the 'Compleat Angler Hotel' can be seen as the boat approaches the Marlow Suspension Bridge. Mixed shots of a garden laid to lawn and flowering borders are seen briefly (possibly in the hotel grounds?) whilst the family sit outside the front of the hotel eating and drinking. A small girl feeds some goslings on the river, dressed in a blue gingham dress.

The final part of this black and white film, shows Marlow under flood conditions (1950s?). The river, having burst its banks, almost reaches the top of the 'Compleat Angler Hotel' sign on the front lawn. All Saints Church, Marlow has also been flooded and is shown surrounded by water. Several close ups of the hotel and churchyard are shown flooded.