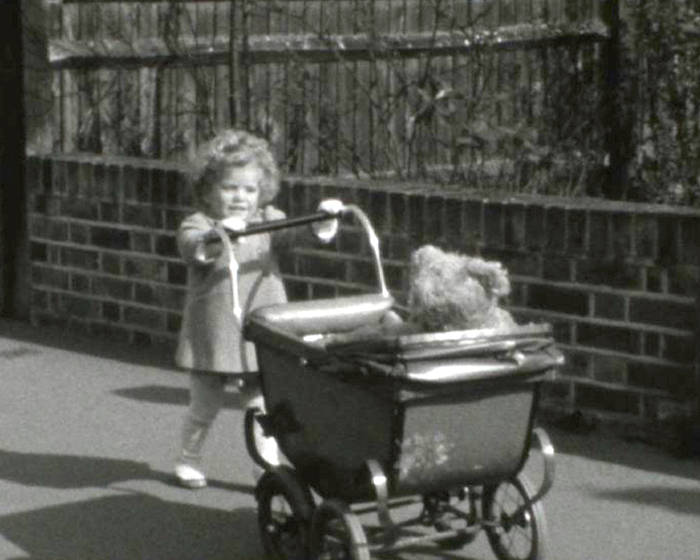 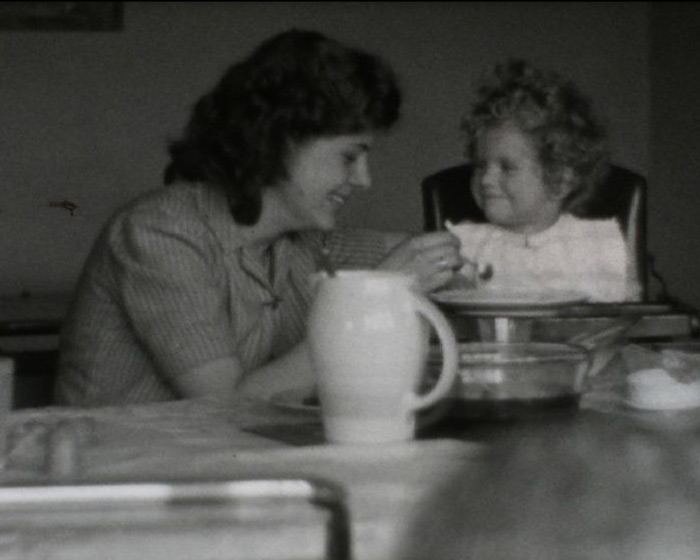 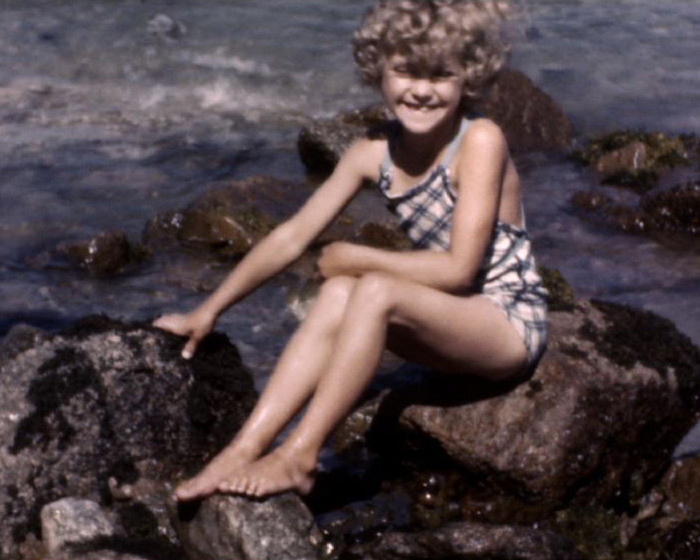 This compilation of colour and black and white film depicts a child’s development from a baby to a young girl aged approximately 10 years old. The film follows the baby crawling around the garden lawn. As a toddler she is seen sitting with the family and bouncing about on some blankets clapping and reacting to the camera. The child is shown learning how to stand on her own and pushing a wooden ride on horse and taking her very first steps, whilst being guided by adults. A girl aged approximately 3 years old, is sitting in a house library eating a biscuit and drinking from a beaker sat a high chair. The child is next seen running around a wet garden dressed in a one-piece suit with her head covered by a hood, followed by a scene of her dressed in her outdoor coat and long woollen tights, pushing a small toy pram down a residential street with her teddy inside. A teenage girl (Elizabeth ?) is then seen pushing the little girl in a full size pram down the front path toward the street. Both are dressed in outdoor coats. The same teenager is then seen feeding the girl at a table and is pulling faces, whilst the toddler is sat in a high chair. In the next shot, the girl is sitting in a garden at a low table with the family, drinking from a cup, followed by the girl playing with another child in the garden, pushing a wooden wheelbarrow, a toy horse and a toy double-decker bus. The young girls also try to do acrobatic movements.

This colour portion of the film shows the girl now aged approximately 9 or 10 years old dressed in a full swimming costume on holiday (?) with other members of her family. The girl is swimming in the sea with a leather red and yellow buoyancy aid and standing shivering from cold with a towel around her shoulders. The girl is then seen as a teenager with another girl wearing red noses and comedy glasses acting out a scene (?). The scene is very dark. The family is on holiday in a rural location swimming in a lake and jumping off a brick pier. Two teenage boys dressed in swimwear and flippers walk around a wooded clearing whilst the family sit on a pile of logs surrounded by tall grass. 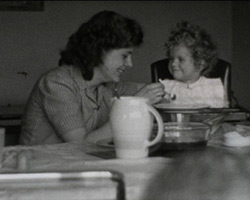 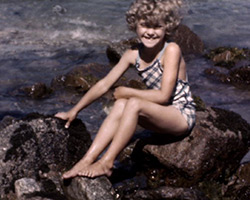