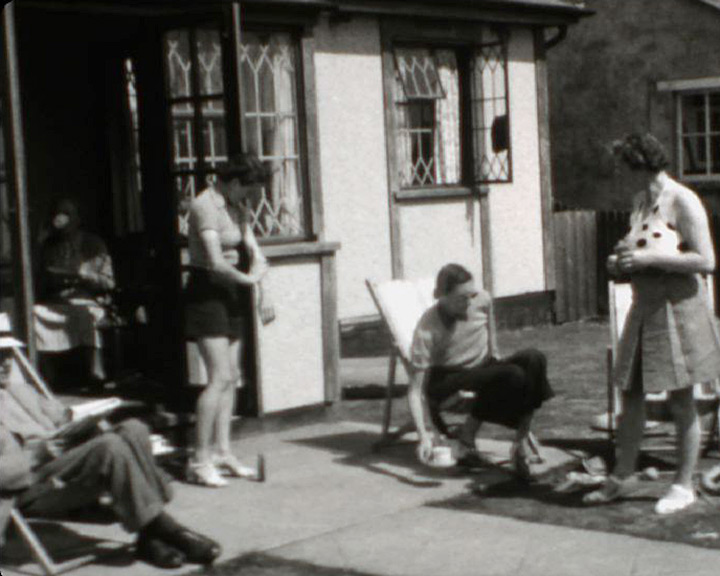 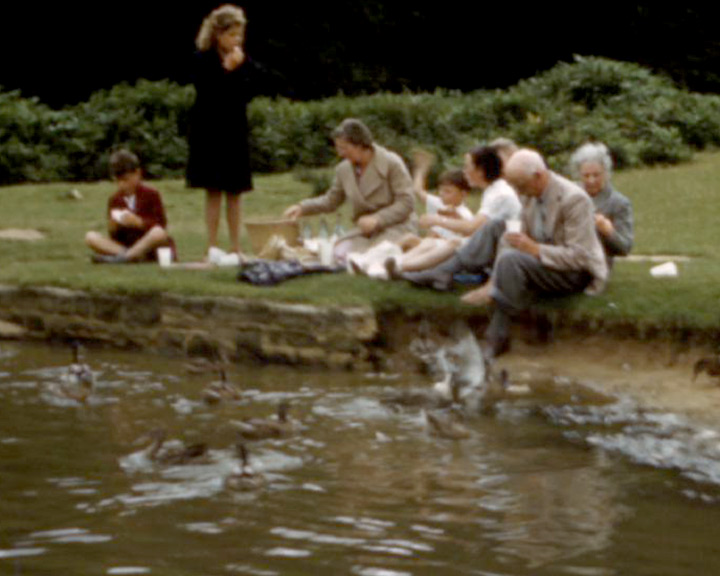 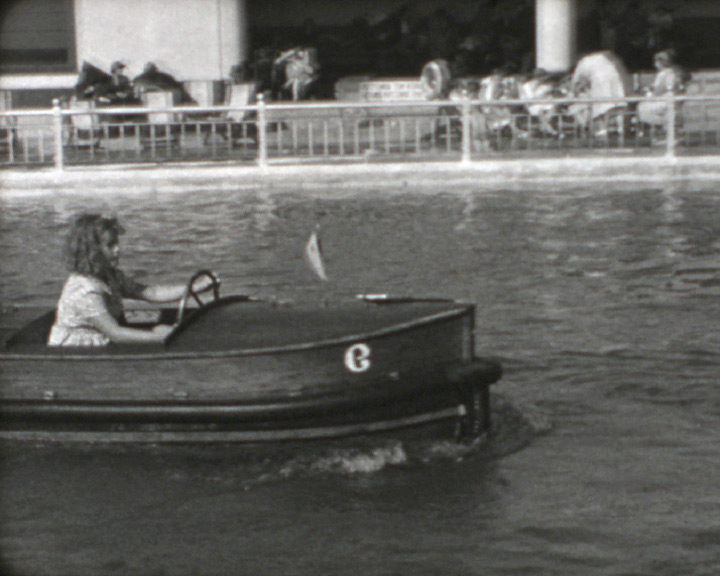 This film opens with children and adults driving small wooden boats on a pool (Southsea?) followed by scenes of people on the terrace, a refreshment building is seen with a sign that reads 'Ices' and a toilet block.

"Fair play for all"

This film is based at the O'Brien's fairground (Southsea ?). It shows the family on a mix of amusement rides including a tandem rocking boat ride, a rocket ride, a tall chair swing and a bumper car ride. A sign reads: '3d' and 'Its O'Brien's' at the entry point for boarding the rocket ride. A traction engine with operator is seen very briefly. The family sort balls ready to play an amusement game.

"The tale of a shirt"

This film follows two adults in a canoe at the seaside. On their return, one adult takes his T-shirt off and hands it to a group of girls. The girls are then seen walking at the water's edge holding the T-shirt trying to dry it out.

"Who sharpened those stones..."

This film shows a small boy perched on some rocks having his foot bandaged. The boy smiles as his injured foot is proudly presented to the camera. The boy then awkwardly limps off bare foot, carrying a small wooden toy boat down a track.

The main title is followed by titles: 'Peacefully sleeping in the garden - Grandad has a dream - ' This film has been edited to show the 'Grandad' asleep in an inflatable boat in the garden, dreaming about his day at the funfair. Several stylised film effects show a dream sequence with panorama shots from a rotating Ferris wheel (Promenade at Southsea?) followed by shots of a wooden roller coaster, a sign that reads 'It's Butlin's Moon Rocket', the doorway of a 'Public Bar' and the wall outside and an advert for the 'Pavilion'. Coastal images of paddle steamers and other pleasure craft (Southsea?) can be seen on the shoreline. The sequence ends with horses being ridden on the beach, as the sea laps at the sand (Bracklesham Bay?).

In the next black and white film a family sit in a garden on deck chairs (Bracklesham ?). A man plays a form of swing-ball tennis with a wooden racket whilst the family put on sun cream and clear away cups.

In black and white, ‘Martin’ plays swing-ball in a garden. A small dog joins in the game. The dog grabs the ball and refuses to let go, the whole family attempt to get the dog to release the ball.

In this section Martin(?) leaves a house wearing a conical Asian style hat badly juggling a set of balls, A dog sits at his feet picking up the balls. In the second sketch two men holding rowing oars, attempt to get into a small inflatable boat. Martin gets knocked out of the boat and the other man throws a lifesaving ring around martin's neck, as if to save him from drowning.

The black and white titles are followed by colour film of a family having a picnic next to a pond. The final colour scene is from a moving vehicle travelling through narrow streets next to a churchyard, towards a village memorial/roundabout. 'The End' 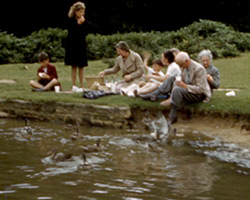 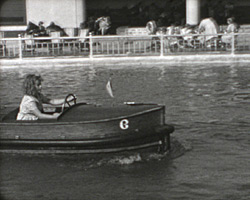