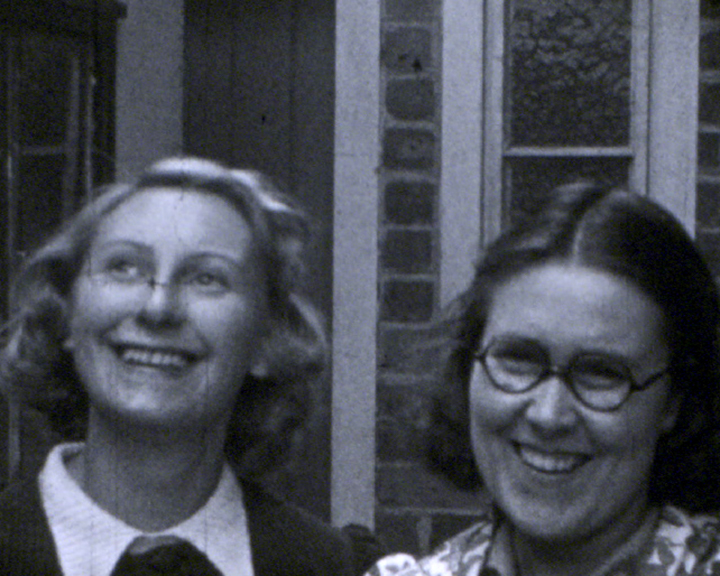 The film opens with a close up of a young woman, Bridie, smiling at the camera. A long shot shows her walking towards the camera wearing a floral print dress with ruffled sleeves. There is a brief shot of an older man wearing a hat (film-maker's father?), also talking to the camera, before returning to Bridie, standing next to Frances Pittman, the nanny of Mr Williams' children. Mr Williams enters the shot, briefly standing behind them and putting his arms round both women. A brief shot shows Bridie wearing a coat over the dress, walking backwards pushing a pram. Mr Williams' two daughters walk either side of her.

The film cuts to Bridie standing in the sunshine against a brick wall, wearing a knitted one-piece swimming costume posing for the camera. Several shots show Bridie leaning forward to attend to a toddler.

Another woman sits in a photography studio (?) posing for formal portraits, in between talking to the camera. A longer shot shows the woman dressed in a high-necked dress with puffed sleeves and styled hair, which is short and curled, as she turns round in circles.

The next part shows scenes of Rottingdean Village Green, with a group of older girls and young women in tunics performing a synchronised 'ladies keep fit' exercise display in front of spectators. The group walk and march together in formation. These scenes are followed by two brief shots of an outdoor fete at Rottingdean with tables laid with teacups and urns.

The film cuts to a portrait of a young blonde women, Dolcis, talking to and looking at a magazine with Frances Pittman(wearing spectacles). The magazine is just out of camera shot, but they briefly hold it up to show a picture of a woman. The film cuts to several shots of Dolcis dressed in a striped bathing suit, posing on a photography stage in a studio (?).