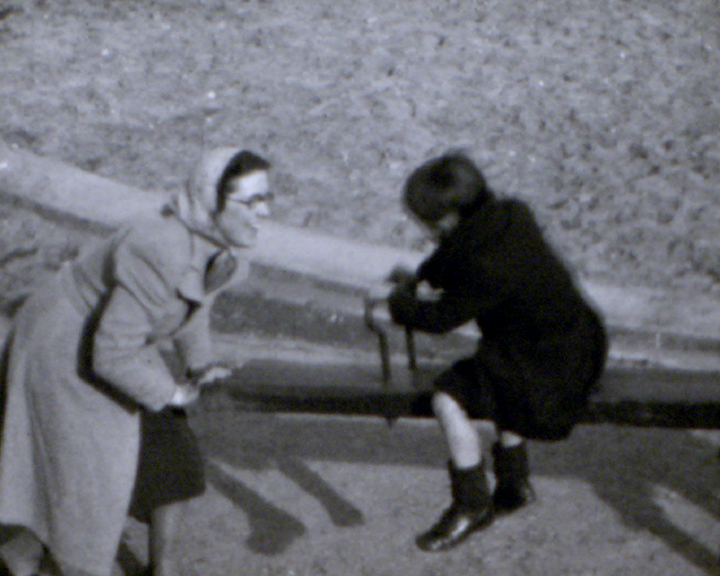 The film opens with the film-maker's wife, children and nanny (?), playing at the Salts' playground in Seaford. Their son and daughters play on a slide, a seesaw and swings.

The next section shows a short scene filmed in the backyard of the family's house in Longridge Avenue, Saltdean. Mr Williams 'acts' out various comedy scenes, peering over the gate, climbing into the yard and trying to pick up a ball which bounces out of his reach each time. He also attempts to ride a child's tricycle facing backwards.

The family take an outing to the South Downs, where they play several games including a game of leapfrog. The children run and play, and Mr Williams attempts to fireman's lift a woman (mother in-law?) but she falls to the ground laughing. The boy and his sisters roll down a hill and run around the grass together. Mrs Williams and the children pose in portrait, talk to and pull faces at the camera.

The film cuts to a shot of a field, with Mr Williams (playing a game?) slowly entering through the gate with binoculars, seeing his family in the field and slowly sneaking up on them as they pick flowers and grasses. They try to get away, running for the gate, Mr Williams scoops up three of them and runs around the grass, before they all fall over.

The last shots of the film show the family's terrier dog, Punch, on the beach. The dog chases stones thrown into the sea swims and runs on the pebbles. 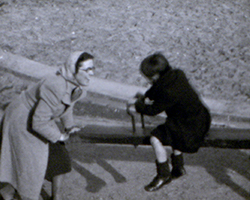