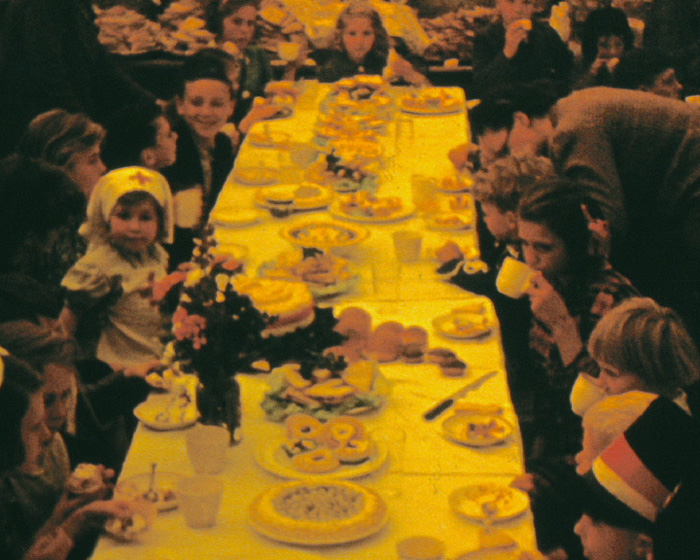 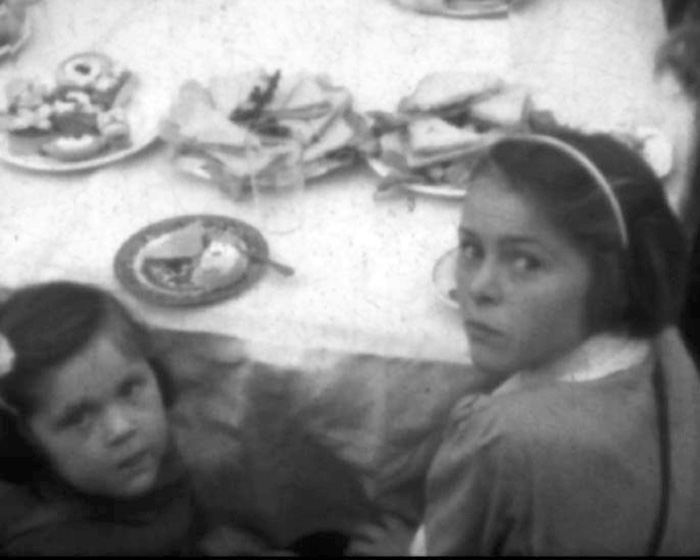 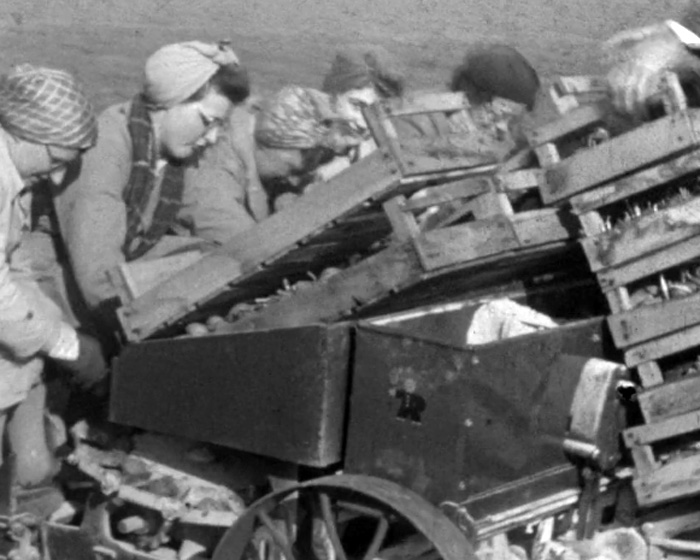 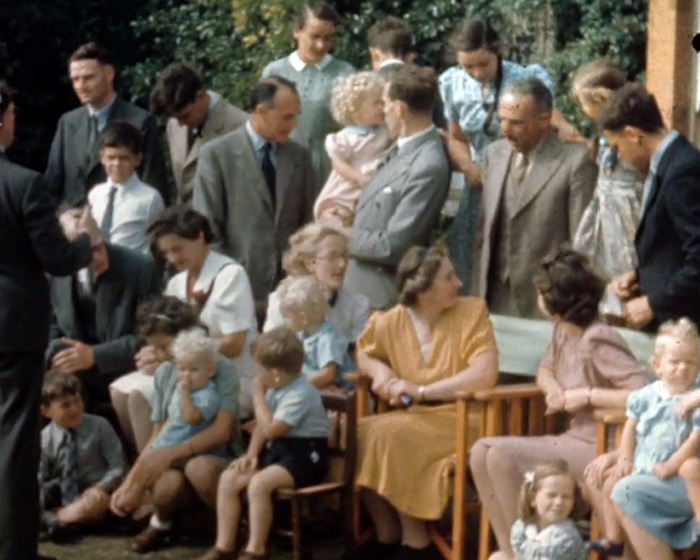 Following the title, the film opens with a group of men taking part in a fancy dress race on a grassy field. Several men dress in women's clothing. The next scene opens with views of a long table in a marquee laden with food, decorations and a pale tablecloth. A side table has food piled high on serving dishes and containers including cakes, sandwiches, pies and pastries (some shots are out of focus and quite dark). Interior views show the marquee with and without the people and there are shots of several children wearing fancy dress. Black and white footage of the celebrations follow.

The next black and white section opens with rural scenes of a John Deere tractor pulling a potato seeding trailer, where several women sit dispensing the seeding potatoes through the top of the trailer as the machine buries them in the ground (some of the shots are out of focus). The next scene provides views of a tilling machine being pulled by a caterpillar tractor across the field, turning the soil.

On colour film the family are shown preparing the seating arrangements for a photograph by placing chairs in front of the house. The extended family group gather in rows taking their positions for the photograph. The film-maker holds position on one end of the gathered group. In the next scene, four young children are sat on a bench in a garden having their photograph taken.

Returning to black and white film, three children play in the garden and run around together, followed by out of focus shots of grazing cows in a field and a baby sat in a pram. An older girl stands posing next to the pram. The baby points towards the film-maker. The younger boy joins the baby and the girl in a group shot. The final shot shows the children playing together on a garden swing lounger with their toys. 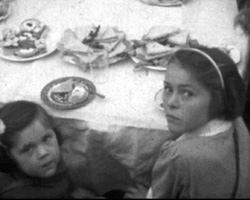 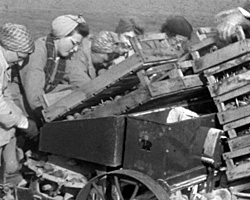 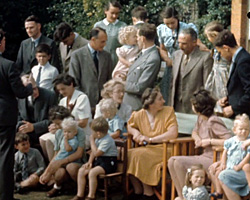