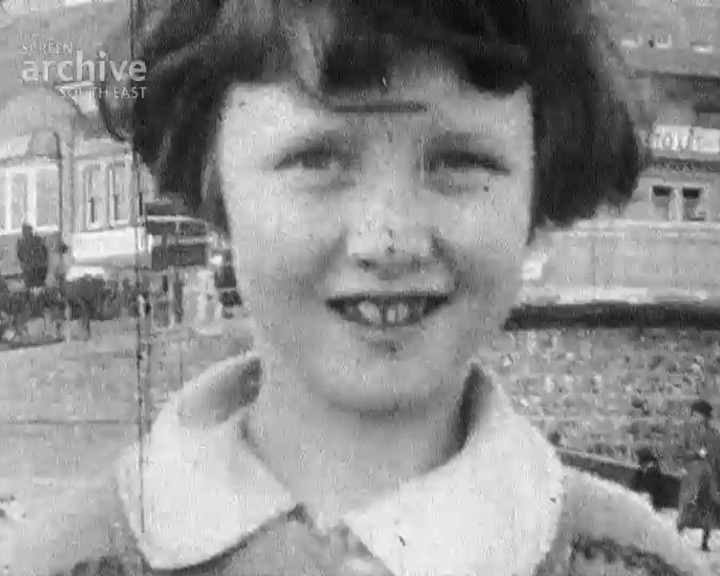 The film opens with shots of a woman in garden doing a trick with a handkerchief. As she shakes the handkerchief another woman appears beside her, as if by magic. The woman waves her hands and she disappears. Title: "Now whats next -"; the woman folds the handkerchief into a shape and this time a small Terrier dog appears and disappears. Two more women join her and together they walk across the garden towards the camera. Harry Guermonprez appears from the edge of the shot and shakes the hands of the two women, walking arm in arm with another [his wife Tukie?].

Two women walk through public gardens followed by views of a seaplane on the water with boats moored around it. A couple walk through a garden with a small terrier dog, the woman holds the dog up to the camera. whilst another feeds a treat to the dog. The next shots show the same women lining up to jump over a wooden box placed on the lawn. Several men also join in [in slow motion]. Followed by shots of two women dancing in the garden and people offering treats to a pet dog and cat. The film cuts to a group of people walking along a road with the terrier and a series of close-up shots of the men and then the women talking to each other in small groups.

Street sign: "Antrim Road. NW3". In London a street in Camden is seen with snow laying on the ground; a group of people have a snowball fight. They set off on foot walking through Regent's Park (?), one of the group is dragged along on a sledge. At nearby Hampstead Heath the group join in with a large group of people who have assembled on the heath to sledge down the hillside. There follows some general street scenes, with a group of people, this time with children, walking through an urban area and Hampstead Heath - there is a brief shot of the frontage of Kenwood House and a view of a snow covered railway track [possibly a London underground line ?]. The family stop near a pond and the children pose for the camera, making silly faces, after which their parents join in.