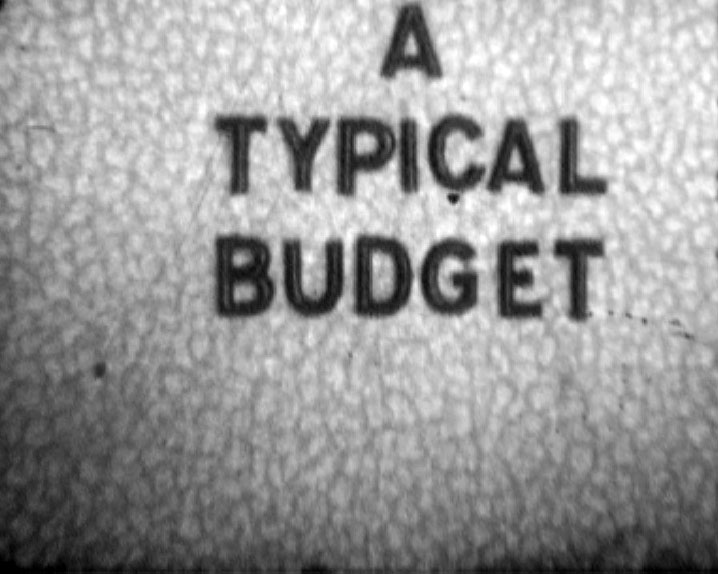 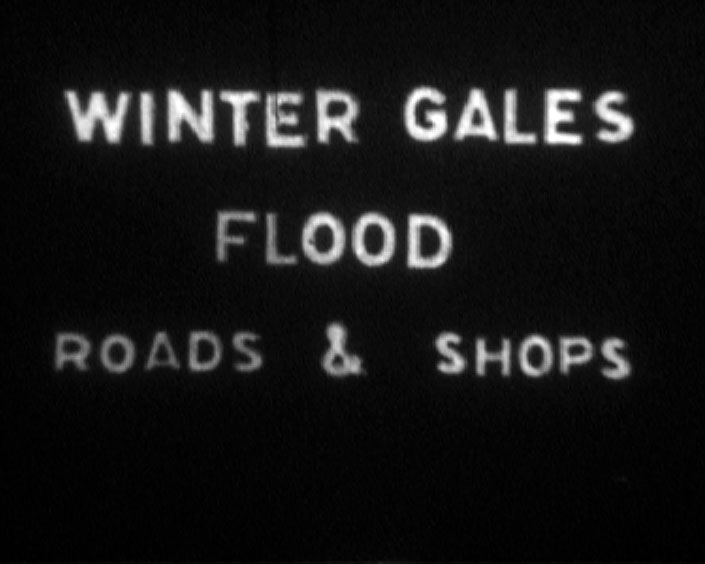 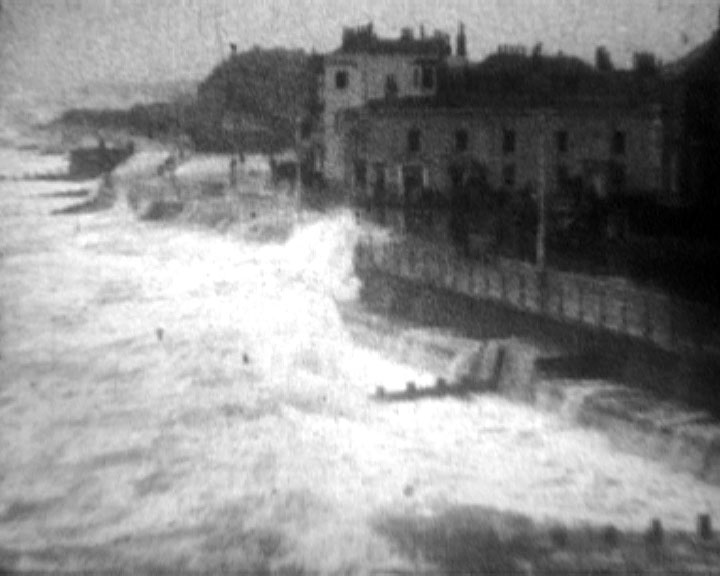 The film opens with a title reading 'Heavy rain causes the Arun to overflow it's banks'. We see scenes of the flooded river, both close up and landscape shots. Cars are shown driving through the flood waters and the river flows under a bridge at Pulborough, reaching high up the stone arches.

A new title appears next, 'A new thrill for bathers'. We see people in row boats, and others in swimming costumes that have climbed up a tall ladder attached to a large buoy. Swinging their weight on the ladder, the bathers sway back and forth and are dipped in the water. A crowd has gathered to watch this spectacle, and in the crowd we can see several people with cine cameras.

The next title reads 'Winter gales flood roads and shops', and we see footage of crashing waves on Bognor sea front. A title appears saying 'Splash!' followed by footage of cars driving through flooded streets and people wading through the water. Another title reads 'Let us see the same spot in the summer' followed by several shots of two women walking along the same stretch of road. The women wear matching trousers, tops and caps, and walk away from the camera holding hands. Another title appears saying 'Now back to our very wet cameraman' and we return to scenes of the floods, where people are attempting to bail the water from buildings with buckets or push it back with brooms. A title reads 'Sea walls smashed' and we see groups of men on the beach inspecting the damaged sea walls. A long shot looks back on the town and shows ferocious waves still rolling in.

A title reads 'The SS Mango ashore at Selsey after a gale in January' and we see several shots of the boat close to shore. The final section of the film has a title reading 'Cowdary's Stately Ruins, Midhurst' and includes several shots of people looking around the ruined buildings 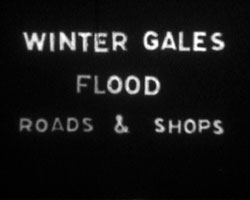 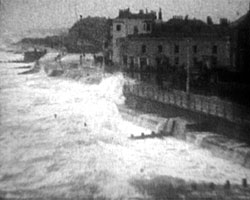