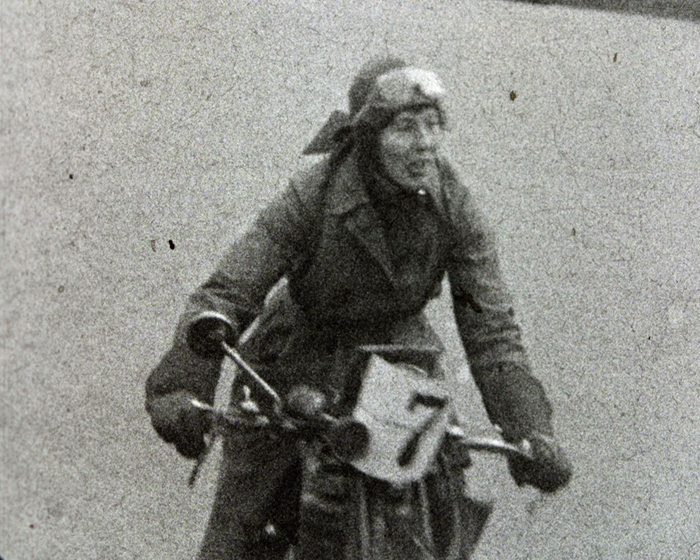 This short intertitled film: “Bognor Gazette: London Laides MCC at Bognor” [sic], shows several women on motorcycles driving along the seafront at Bognor on route to Epsom, wearing full motorcycling gear. A group of men cheer them on. Further Intertitles explain the race. The Epsom portion of the race does not feature on this reel.