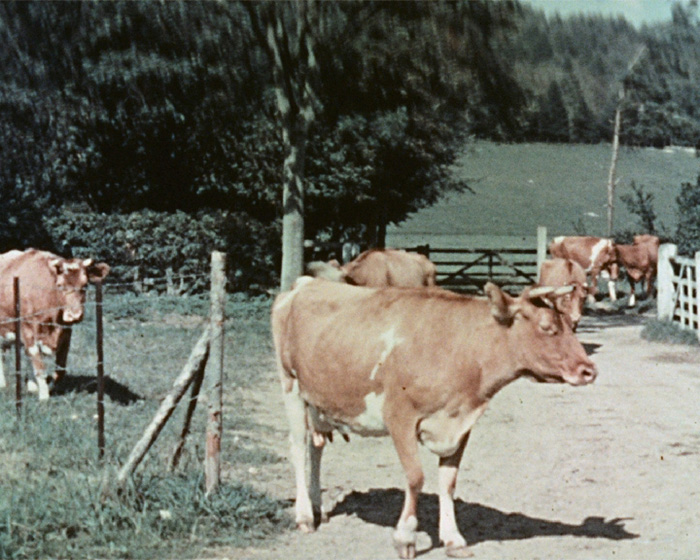 This film opens with a young Suffolk Punch being led through a field and horses being loaded into a trailer box or railway carriage adjacent to a railway (?) as a train passes through the station in the background.

In a field on the farm, a Fordson Standard N tractor is being used to tow a combine thrasher and cutter for harvesting grain. The machine throws out loose bails, which farm workers collect and stack into small hayricks in lines down the field.

The next part of the film opens with a sequence of short action shots, beginning with a man shooting something with a rifle in a field (?) (out of vision), a horse being led through the farmyard past a combine thrasher, cutter and an orange Fordson Standard N Tractor. Family scenes follow with portrait shots of a man and woman in a garden holding a baby, later joined by a nurse or nanny in the front garden.

The next scene opens with mixed shots of a herd of cows in a yard, followed by cows being led out of the yard and along a road to a field by a farm worker. Several cows get distracted and stop to to eat the grass on the route, the farm hand then returns to move them on, whilst pushing a bicycle. 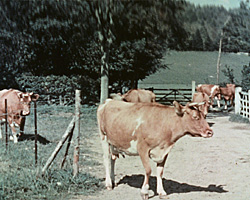