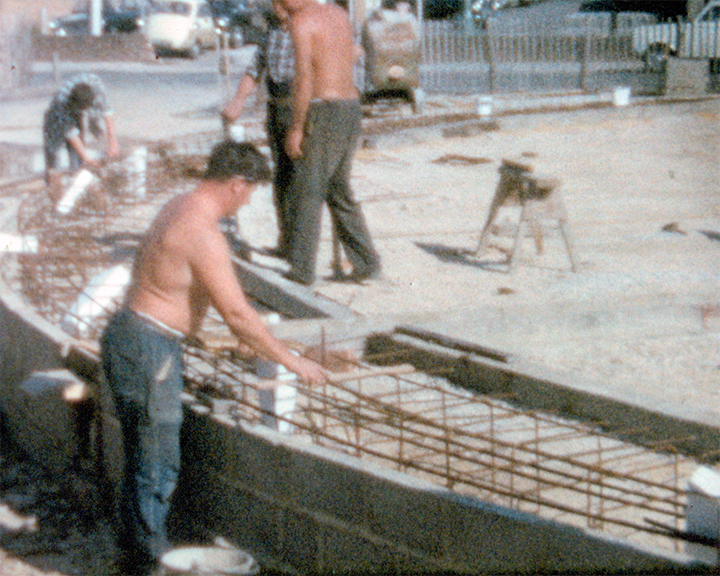 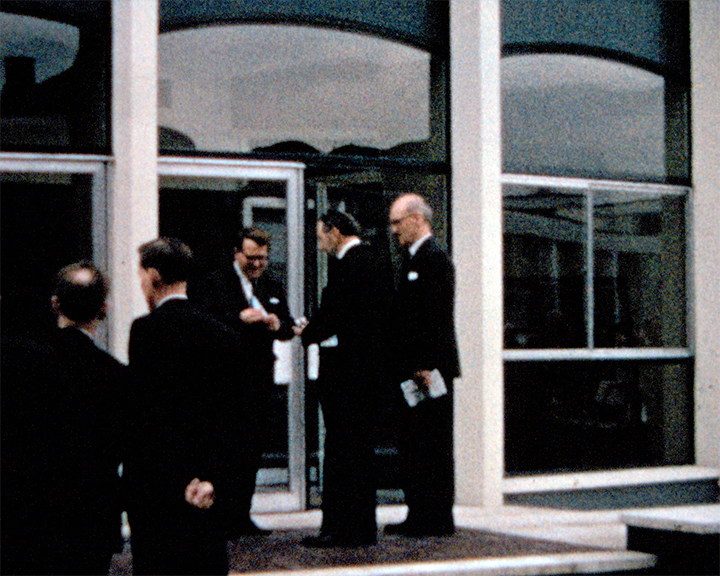 The construction of Chichester County Library is captured in this amateur film from the 1960s.

The film opens with a construction company sign (John G. Snelling), indicating the building of the new County Library HQ at Chichester. Workman can be seen on site carrying out groundworks; a sign reads: "park closed". A company desk calendar reads "Monday 24 May 1965"; more shots of the site follow, including the footings for the foundations. The foundations are seen being laid, a man works alone on the site laying steel ties. Bricklayers move onto the site who begin laying the walls. The spire and tower of Chichester cathedral are seen in the distance. Back on site the building is seen under construction, the walls are now getting higher and a staircase has been installed. Dark shots of concrete roof supports being craned into place. The two storey building is now seen almost completed, work now moves to the inside where workman are seen working on the interior walls and roof. The roof is covered in copper by the roofers, shots of the site follow, including steps from the car park. Close-up shots of a ceremonial key in a presentation box, a sign outside the newly completed library reads: "West Sussex County Council County Library". People are seen walking around the building and the film concludes with shots of the official opening ceremony. The film-makers daughter is seen briefly at the very end of the film. 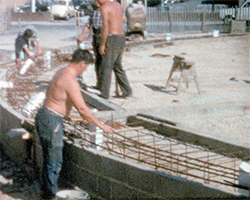 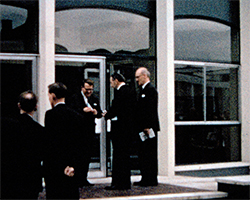