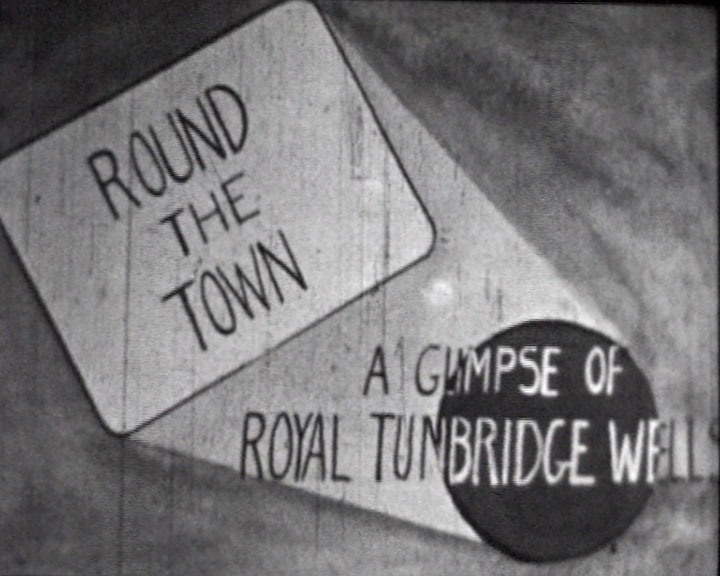 The Main titles announce: “The Tunbridge Wells Amateur Film Unit presents” and “Round the town, a glimpse of Royal Tunbridge Wells”. A man is seen filming the town from a hill top, followed by shots of the town including: the skyline; Trinity Church; The Town Hall; the Opera House; the War Memorial with a close up of the inscription; general views of the streets and shops at Five Ways, Calverley Road and Mount Pleasant with scenes of shoppers in the street. The man with the camera is followed as he walks along the street.

An intertitle reads “The Festival Week Gala Procession”. A marching band is followed by carnival floats including the Royal Observer Corps; nurses; The Ancient Order of Foresters dressed as Maid Marion, Robin Hood and his merry men; other historical figures; and the Girl Guides.

The man with the camera walks past Binns Corner House and looks up at a sign saying “To the Pantiles”. Scenes of people walking through the Pantiles are followed by views of the colonnaded walkway and the man as he films the colonnades. The entrance to ‘The Original Chalybeate Spring’ is shown and the man drinks a cup of the spring water. The man then walks across a road, and catches a bus. “The End”.