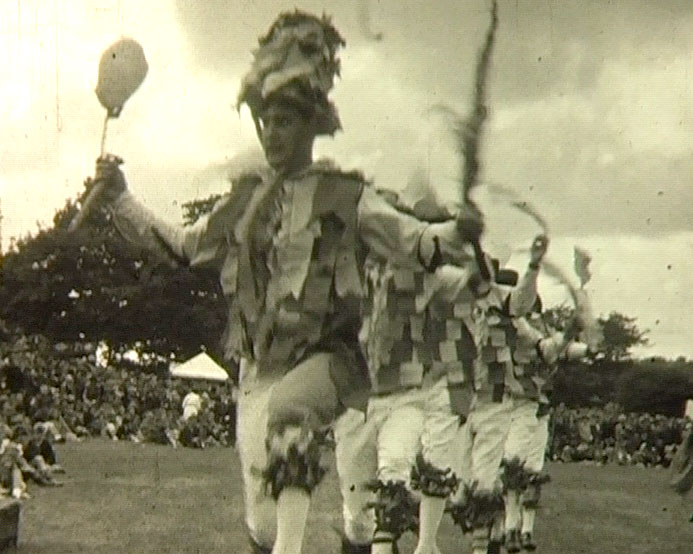 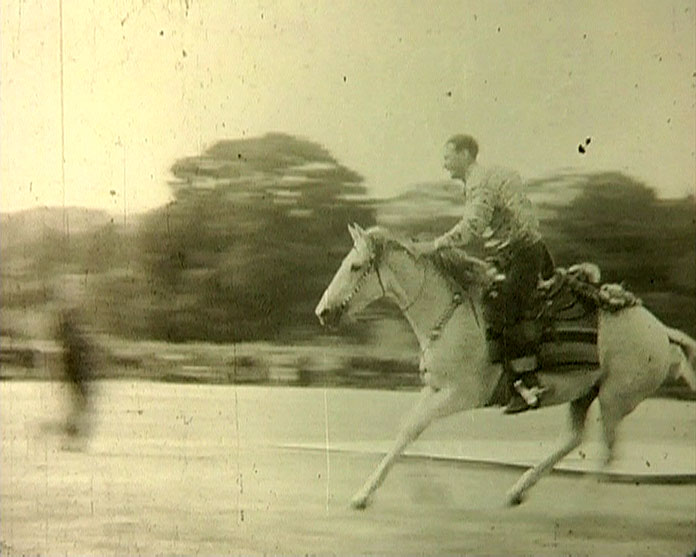 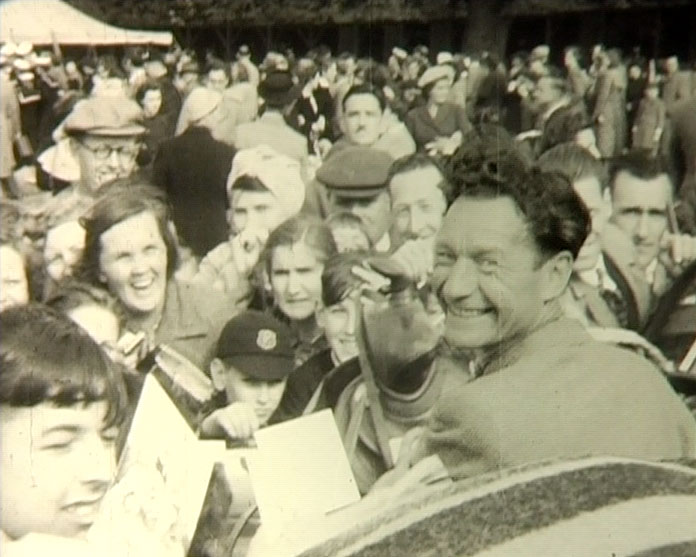 The film opens with the following titles: “Tunbridge Wells Amateur Cine Unit presents”; “football supporters club gala & fete”; “June 2nd 1952”; “parade through Church Road”. The film shows scenes of the parade through Church Road in Tunbridge Wells, including horse drawn carriages, children in the crowd, a marching band, people in fancy dress costumes, and carnival floats. An intertitle announces “Conibear dancing” followed by scenes of girls from the Tunbridge Wells Conibear School of Dancing on a stage in a field. This is followed by scenes of Morris dancing and sword dancing. The intertitle “Cal Mc’Cord” is shown followed by Cal McCord performing his variety cowboy act of lasso skills and horse riding, followed by signing autographs. Other events at the gala include a ‘him and her race’, a ‘potato race’, ‘lucky ticket draw’, and ‘presenting the prizes. 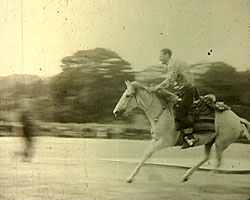 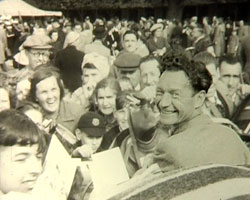