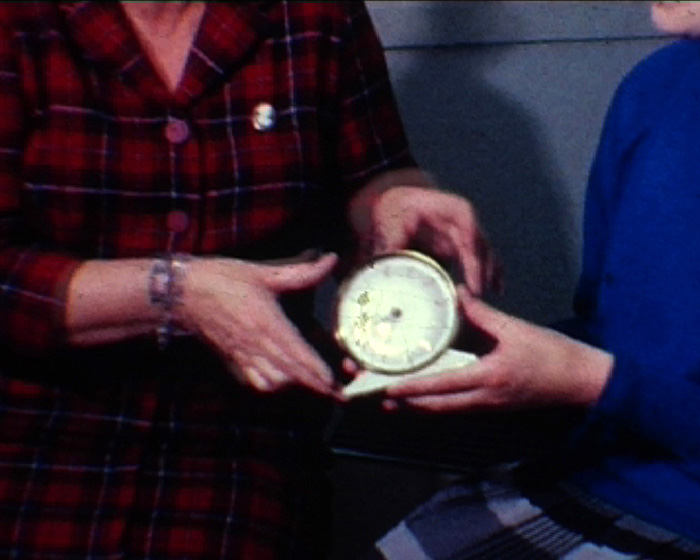 [Not online] A silent colour fiction film. A robber is disturbed at A. Twist & Son Diamond Merchants.

[Online clip] This silent intertitled fiction film shows two women passing a clock between them, literally 'passing time'. "Alternatively..." Next, the women are seen knitting, reading, drinking tea and eating biscuits, smoking cigarettes, sewing, filing their nails, powdering their faces and playing cards. The women play cards and start to gamble. When they begin fighting, a policeman rushes in and stops them. "And finishing up... Doing Time." The two women are seen behind bars at 'Holloway Prison'.

The following fiction shorts are not online:

A silent black and white narrative featuring a man who becomes frightened by ghost stories.

A silent colour film in which a woman demonstrates the use of a coffee percolator. It turns out to be a whisky still.

A silent colour story about a violent robbery.

A silent black and white film about a blackout that happens after plugging in an electric heater.

A silent colour film about a man who visits several local car dealers and buys a new Hilman. He then dreams it has square wheels. [see clip below]