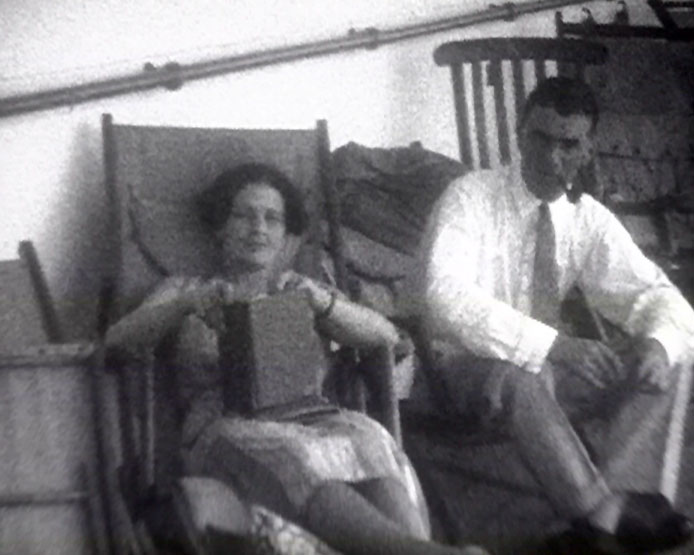 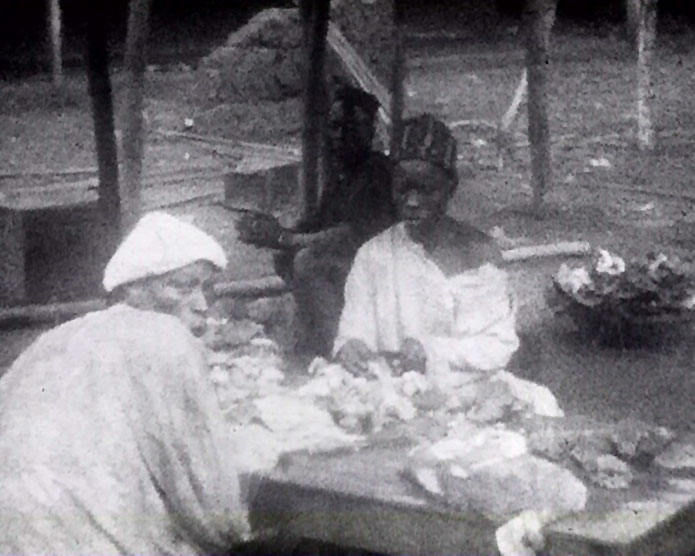 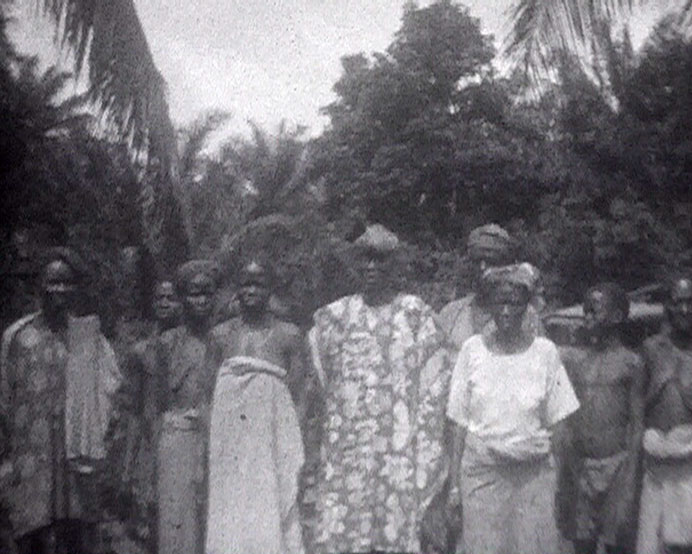 The film-maker films numerous shots of the changing coastline as the ship he travels on makes its way to Africa. Towns and villages pepper the hillsides, boats dock in harbours and rowboats carrying traders, crowd the hull of the ship at an industrial inlet. The travellers are filmed re-boarding a motor cruiser after a shopping excursion on the mainland - one displays a lace tablecloth to his fellow travellers. Back on deck the travellers play deck games, exercise and relax on deckchairs. Another excursion takes the film-maker to a racecourse where locals fill the enclosure as the horses are paraded. An excursion by car takes the travellers to a hilltop villa which overlooks a harbour. Some partake in a mixed-doubles tennis match. Elsewhere a few of the men wade through a river. A shot of a colonial home follows. The film ends with images of a rural village where sheep, chicken and children wander unhindered between the huts. 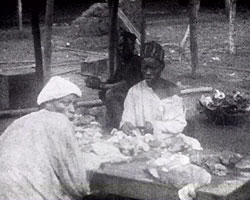 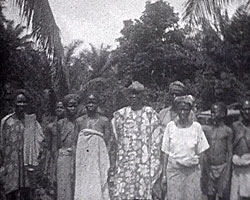