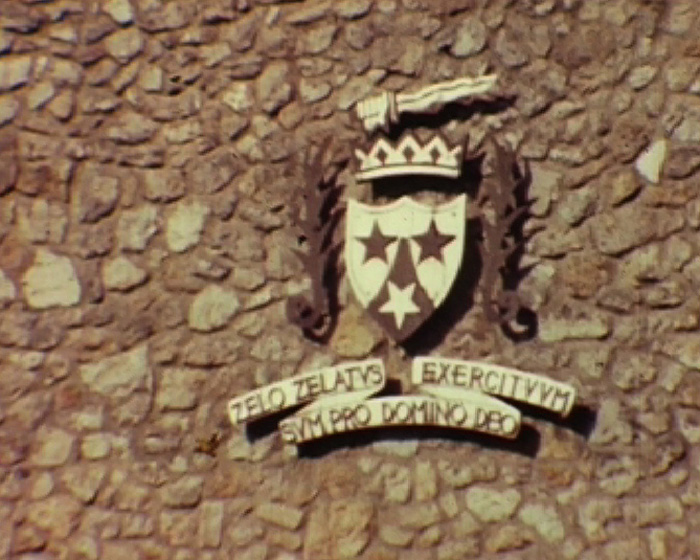 The film opens with a drive along a motor way to Eynsford Friary, near Northumberland Heath in Bexley. At the red brick Friary, close-up shots of the roof, building and gardens are seen. A row of pews line the centre of the courtyard. Inside the chapel stands a statue of Mary in a niche decorated with mosaic tiles. Ellen Harris is seen walking down Rosary Way. Close-up shots of shrines containing wooden painted sculptures follow. Plaques set into the stone walls, an avenue of trees and a further wooden relief sculpture are shown. Footage of the Carmelite Priory follows, taking in a granary, children playing with a ball and Ellen wearing a pink dress.

Footage from the car in motion shows Tudor buildings in a village, trees and fields on a sunny day. The road is speckled with shadows from roadside trees, closing with scenes shot at sunset.

On an outing to the Bluebell Railway, the film-maker captures views from the back of the train and out of a carriage window. Steam from the train rises above the train as passengers enjoy the ride with the landscape moving past the window. The train enters a platform, then pulls away, once staff complete a carriage attachment. Several historic advertising posters are filmed in close-up on the platform, followed by a close up of the platform sign At Horsted Keynes station. Back on a train, the film-maker continues to film through the window. Children are seen poking their heads out of the carriage windows to look down the line. Shots of the 1920s metal advertisements on the platform at Horsted Keynes (?) are followed by a view of the signal box equipment.

The car continues on its journey through a town or village, capturing exterior shots of a church entrance, gate and interior stained glass window above the altar. Driving once more, the travellers reach a stone manor house with a lake. Footage of the grounds, unusual stained glass windows, farm machinery and cattle drinking from a lake follow. Ellen Harris and another couple take the opportunity to walk around the grounds.

Back on the road, the car continues through open countryside and along a coastal road, with the sea to the left and then right, briefly returning to rural views before reaching the seaside resort of the Old Town in Hastings.

At Hastings the film-maker captures views of Old Town, Hastings Miniature Railway, Pulpit Gate, The Hastings Arms, Ye Olde Pump House, West Hill funicular Railway and the narrow streets of the Old Town. The sea, port, and fishing boats can be seen below with Hastings Pier in the distance. The film-maker drives through the high street passing a series of shops and pedestrians crossing the road moving towards Bexhill-on-Sea.

On the seafront at Bexhill, panoramic views show an empty beach with a row of whitewashed beach huts with views out to sea. Ellen Harris goes swimming and a couple walk along the beach.

Footage shot at night follows, taking in the strings of illuminated lights along a sea front (?). The scenes return to Hastings, at Hastings Castle and shots of Old Town and Hastings Pier from the top. Rough water crashes over the rocks off shore, spraying in the wind and battering the boats moored on the foreshore. After another drive, footage of a further outing is seen to St Peters Church, Bexhill that includes shots of three full size paper statues of the Three Wize men standing in the church hallway (?), close-ups of the stained glass windows and church wall murals, a bronze nativity scene, and the churchyard out to the street. (also on 7923). 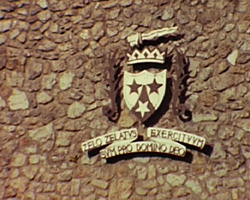