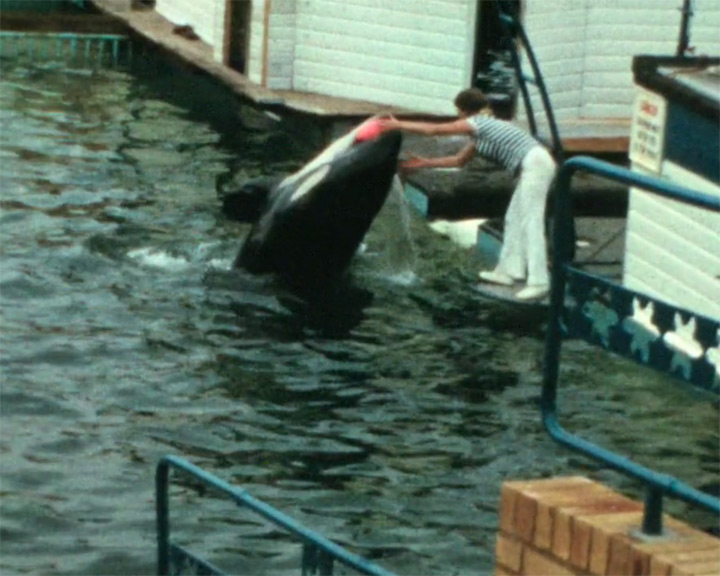 Blurry shots of Lions filmed from a car as it drives through Windsor Safari Park are followed by scenes of Dolphins and an Orca performing tricks for food as part of a show. An Elephant is held on a leash amongst a crowd of visitors. Children feed geese and swans in a lake and seals lounge on rocks in the zoo. The family are then seen at Blackpool on the beach with the tower behind them. The children run around on the beach and paddle at the water's edge. The children are filmed amongst formal flower beds near the promenade and they stroke the donkeys on the beach. 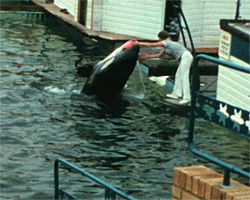