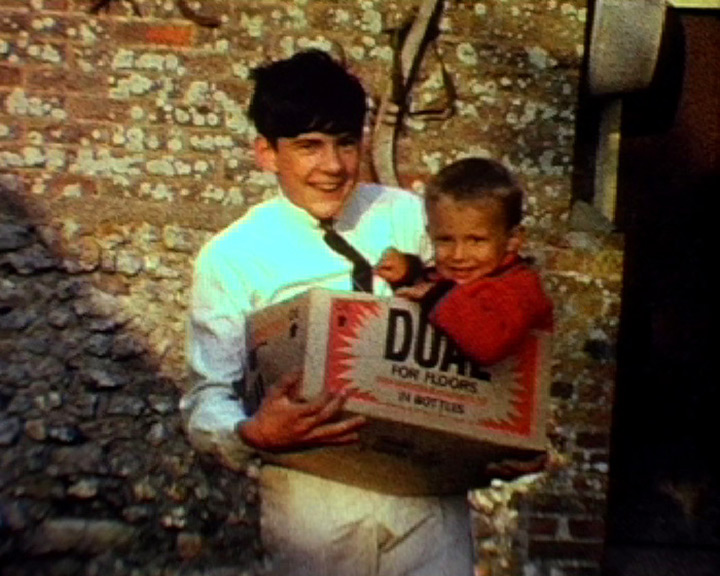 The film shows a group of adults and children playing in a garden, women laugh with one another, sitting on folding chairs on the lawn. Further guests are seen, laughing and playing in the garden. Two men wearing shirts and ties play a round of swing ball. This is followed by shots of the baby being lowered into a yellow pram wearing a blue crocheted cardigan. The mother holds the baby in the garden as several young women crowd around her. The second part of the film shows a series of family portraits of a mother and father holding a baby in a blanket on the steps outside a church. 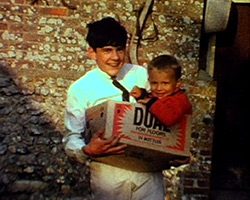