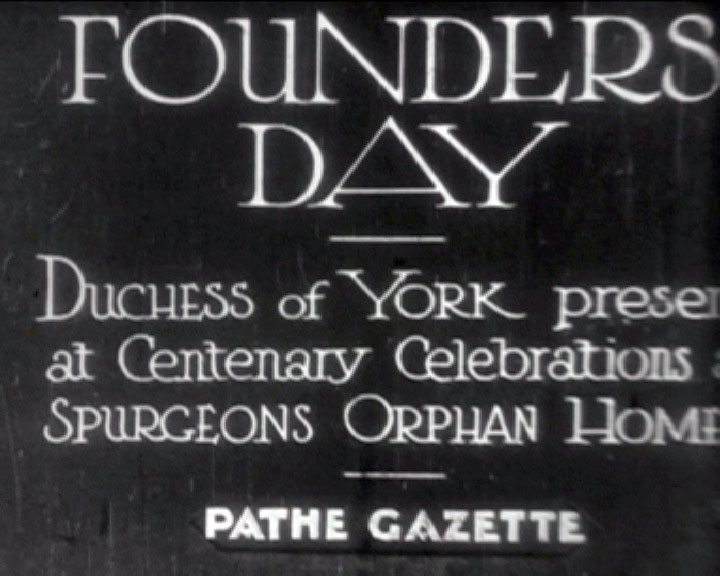 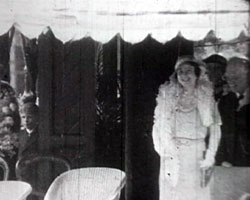 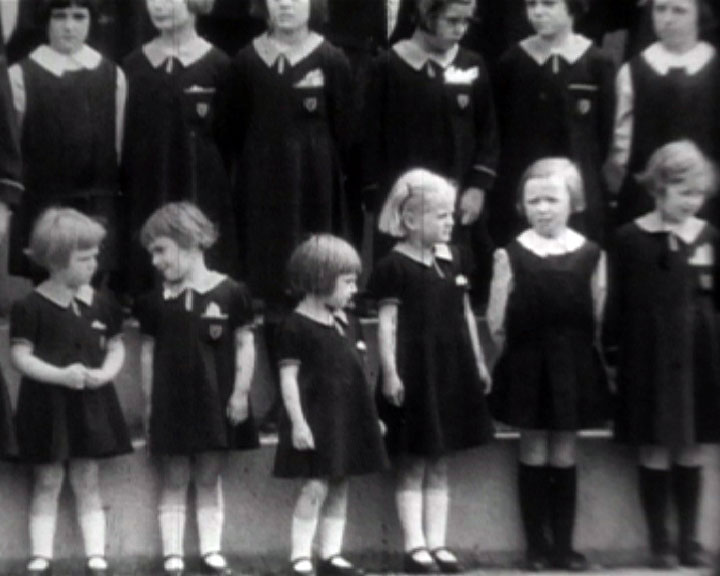 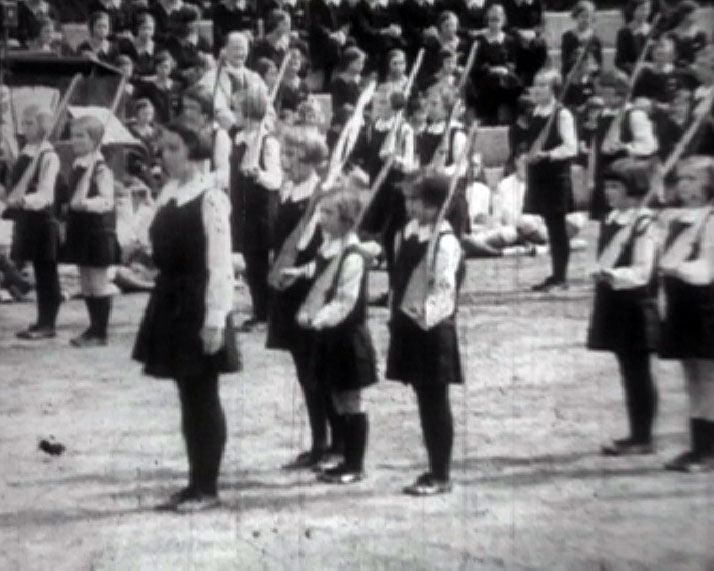 A title reads: "Founders Day: Duchess of York present at Centenary Celebrations, Spurgeons Orphan Home. Pathe Gazette." The Duchess of York wearing a fur stole, gloves and hat receives a bouquet of flowers from a young boy and girl, who curtsey and bow. Panning shot of the seated crowd follows. The audience listens to a large choir of children of mixed ages accompanied by an orchestra . Girls in pinafore dresses and white shirts march in formation with rifles and flags, later performing a marching dance with lengths of fabric. 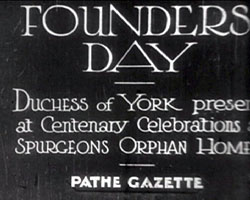 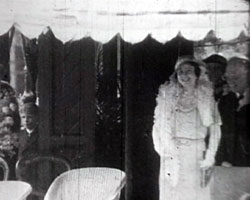 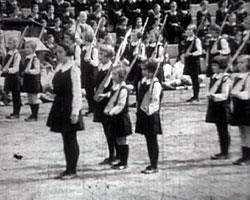 A home for fatherless boys was opened in Stockwell, London, in 1867, after donations were given to preacher Rev. Charles Haddon Spurgeon. The boys were to be given a Christian upbringing, in line with his suggestions for religious education advovated in an article appearing in C.H. Spurgeon's publication "The Sword and the Trowel". Girls were later accepted to the school, and a home in Margate and later Birchington Hall in Kent were purchased. With the evacuation of children from London at the outbreak of World War II, Spurgeon's London Orphanage closed. All boys moved to Godalming and all girls to St. David's, Reigate. Following the 1944 Education Act, all Spurgeon children were required to attend schools outside the homes. In 1953, all children moved to Birchington, which closed in 1979.

Website of Spurgeons with information about the organisation's work vulnerable children in the UK
http://www.spurgeons.org/