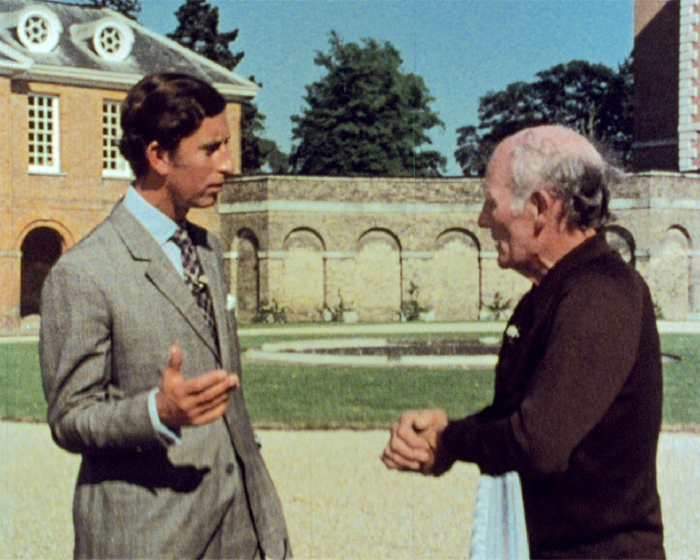 This professionally made documentary shows how geology and history have shaped the look of Kent's towns and villages. The film introduces the geology of Kent and the use of natural materials for building works including local clay for bricks, rag stone, flint, timber framed buildings and wood shingles on a church spire. Scenes at Dover show ships and shipping containers. Busy roads with coaches and lorries are followed by scenes of railways.

Canterbury cathedral is shown with the surrounding town centre contrasted with images of Kentish villages and rural areas. Historical industrial buildings are shown: a windmill, oast houses and a water wheel. Contemporary industrial buildings follow, in Maidstone and Rochester. The film argues that "the speed of change is so fast that we are loosing much of value and character". It questions how industry can progress whilst keeping towns and villages pleasant to live in. "This is the responsibility of the planning authority". Documents outline the regulations and a map shows the many conservation areas and listed buildings in Kent. A village in Kent is used as an example. Maps and documents tell of the history of a place. The villages of Shoreham, Goudhurst, Sutton Vallance and Broadstairs are shown and conservation work is discussed.

In Rochester the new buildings are examined alongside the old. Eastgate House is shown along with architectural features of other buildings. Restoration House is shown and other places in the town including a Swiss chalet owned by Charles Dickins. In the town of Sandwich, the streets are shown with lorries driving past historic buildings. The need for schemes to deal with modern infrastructure and traffic are discussed such as building a bypass or pedestrian only schemes at Aylesford and in Canterbury. Overhead wires have been put underground in Upper Upnor.

Some historic building are repurposed, including the Medieval barn at Maidstone, now used as a museum and the Monastery refectory used by Dover College as a dining hall. The film argues that new buildings and materials can fit in well with older buildings. In Tunbridge Wells, The Pantiles are discussed and detailed features of the buildings are shown. Parish councillors are then shown deciding on planning requests for Ealham and at Edenbridge High Street.

The restoration of buildings is discussed; volunteers from the community are seen working on a building and an apprentice stonemason works on Canterbury Cathedral. The restoration of Chevening House is shown. Master bricklayer, Jack Morley is interviewed by Prince Charles about the process of restoration and the need for skilled craftsmen. The film ends with scenes of historical architectural details and craftsmen at work, with a voiceover by Prince Charles.