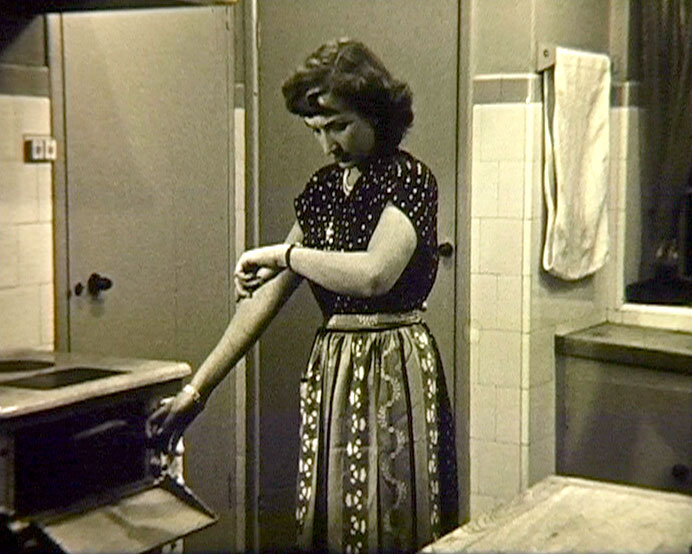 The young "Mrs Newlywed" goes to her local fishmongers, Griggs, and buys fresh fish. On getting home she leaves the fish in the kitchen whilst she goes to the vegetable patch. When she comes back she discovers the cat eating the fish. After cleaning up the fish, she puts it under the grill but the electricity isn't working. She then tries to cook the fish on the gas hob but a door to door salesman calls and while she's distracted, the fish gets burnt. The young wife cries in despair but sees a newspaper advertisement for Hanson's fish and chip shop; “Why not get that fish dinner from Hanson’s of New Street”. After visiting Hanson's and getting the fish and chips, the husband comes home and is delighted with the dinner. [Note: The film-maker, John Hanson Richardson (known as ‘Sonny’ Hanson) was the owner of Hanson's Fish and Chip shop, featured in this film - perhaps making this film as a light-hearted but veiled advertisement for his business].