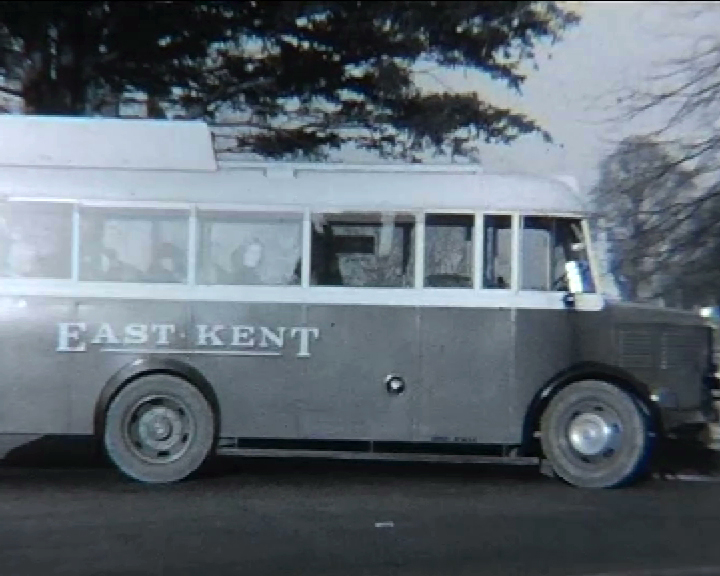 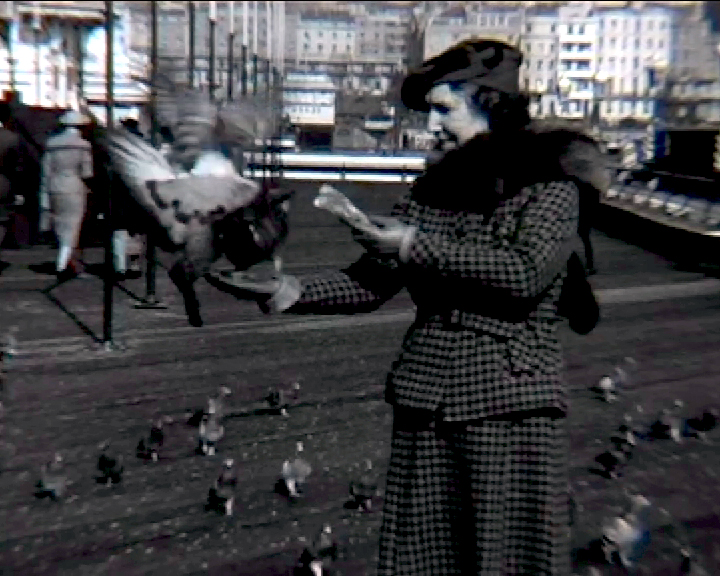 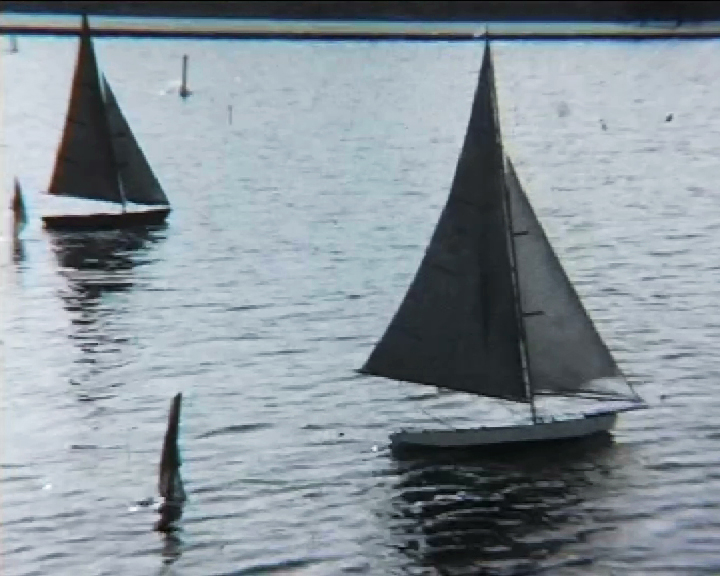 The film opens with shots of Alva, Denis and Bessie walking towards a car parked outside a house. The next scene features Wye College in the foreground.

A close-up of a map with a pen pointing to Wye. An extract of a book, featuring Wye with a description of the locality. Shots of a woman leaving a house called “Winsford”, she is joined by Bessie. The film cuts to scenes outside a parish church with a number of cars in the foreground and an East Kent bus. In the next scene, Bessie, Alva and a young woman pose for the camera next to a fence. They are joined by Zuki their dog as they climb over a stile into a field. The section ends with farmyard scenes of animals and the group, including Emile, walking in the countryside.

This scene opens with a dark shot of the Peace Statue in Hove, with the sea beyond and shots of Bessie and Emile feeding pigeons on the West Pier.

This scene opens with children launching their toy yachts on Hove Lagoon and cuts to Emile and another man standing on the promenade. Leslie (and others) are filmed leaving a large Victorian house in Hove, the nameplate reads “Mr L.W. Lauste”. Alva is filmed digging in a garden whilst Bessie, wearing an apron, waves a mop at the camera. At West Wickham, Bessie, Leslie and others are filmed walking around a garden, picking summer flowers.

The scene opens with Roffey, in his army uniform, and Alva walking towards the camera in the garden at West Wickham.

“Digging ARP trenches at Lincoln’s Inn. Gas Masks, the right and wrong way to take them off”

The scene opens with a shot of a concrete bunker being covered over with earth. Close-up of a poster: “Train whilst there’s time ARP needs you now!”. Emile, Bessie, Alva and a woman Alva's age (?) appear from behind an outhouse wearing gasmasks.

Shots of Alva and Leslie leaving the house in Hove and getting into a car parked outside, licence plate on their car reads MU 2273.

The film ends with scenes from a motor cycle race in the countryside, large crowds are gathered watching the racing. 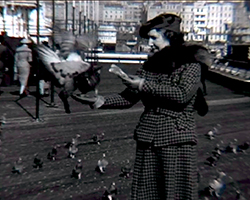 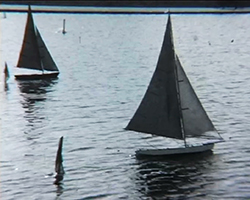