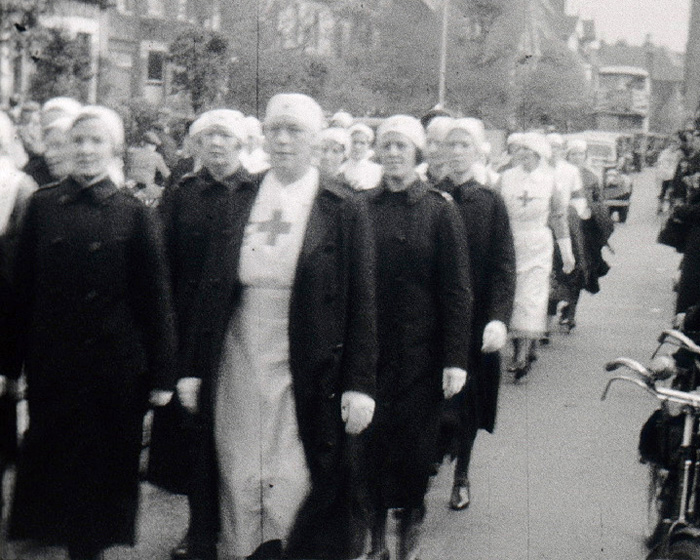 Opening title [handwritten]: “Scenes from plays performed by the dramatic section of West Wickham Constitutional Association, 1938”. The film opens with a group portrait of the all-female drama group, followed by scenes from plays they have performed; intertitles give cast and character information. All of the scenes are performed outdoors. Title: “Mrs Hamblett, records her vote, by The Players. West Wickham Constitutional Association (Women’s Branch), 1937”, shots of scenes from the play. Title: "Some Person Unknown", which features Betty Lauste playing the part of Mrs Beauvis. "Helping and Hindering", which also features Betty Lauste playing the part of Mrs Head and "As we Sow". There are shots from the various scenes throughout the film.

The film cuts abruptly to a marching parade along Katharine Street in Croydon, featuring nurses, soldiers and other wartime professions. The film ends with a shot of Croydon Town Hall with a large board outside reading: “National Service - Civil Defence is the Business of the Citizen”.