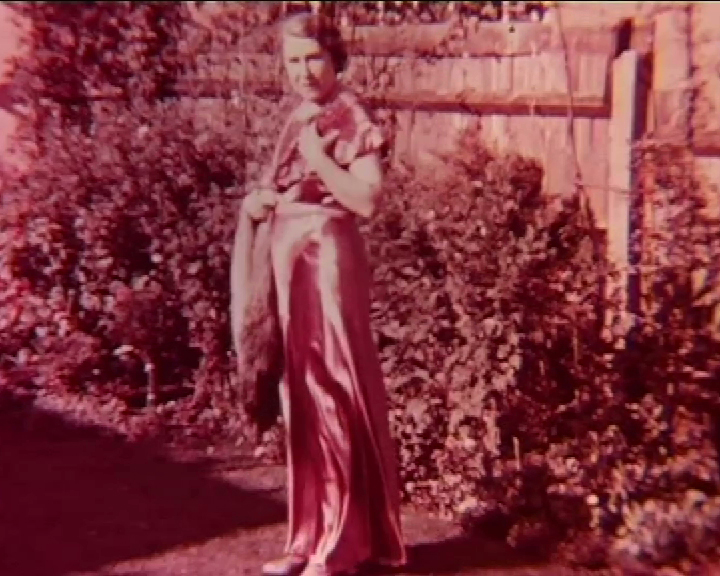 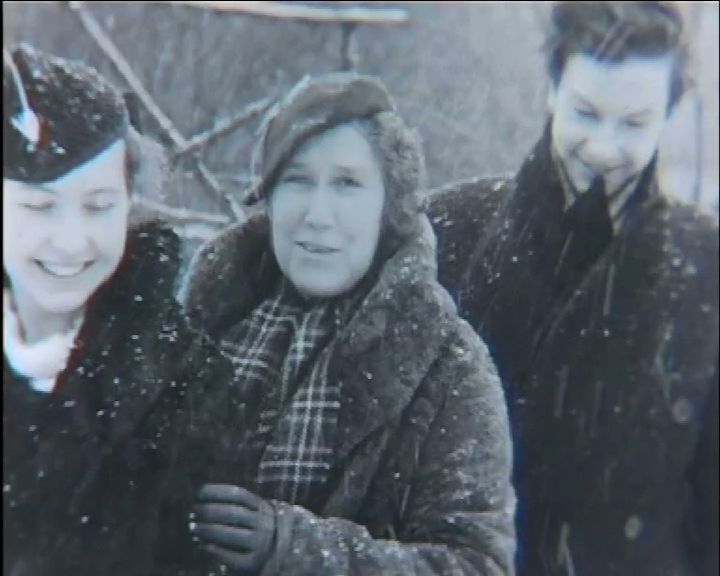 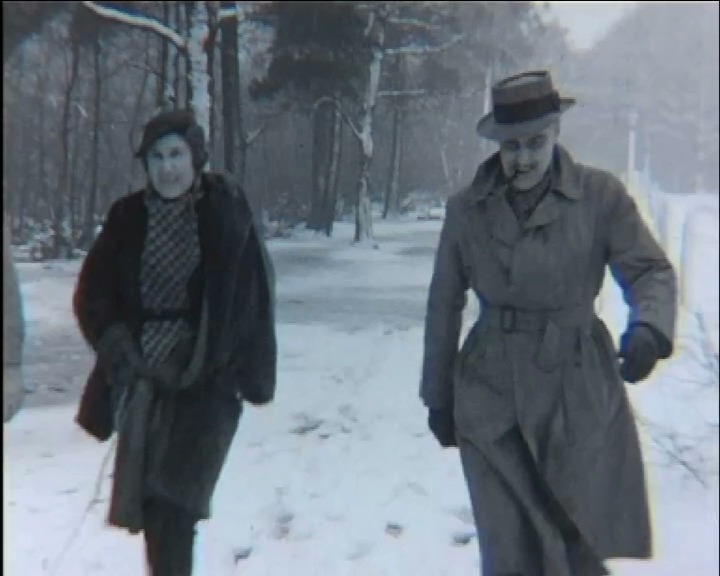 “Summer we are thankful to nature for providing such glorious colours”

Bessie is seen admiring the flowers in the garden, she is accompanied by their pet dog Zuki. Later, she is joined by her son Alva; they walk around the garden and pick a rose which she places in Alva's suit. Bessie, now wearing a different dress, sits with Alva and Zuki on a garden bench; Alva plays the guitar.

Brief close-up shots of flowers in the garden.

“Autumn when leaves turn brown, my but the wind blows”

Bessie Lauste stands in the garden on a windy day wearing an evening dress; Alva presents her with some flowers. Emile is seen in a brief shot with a basket full of garden clippings. Alva, Bessie and Emile are seen walking with the dog in the countryside.

The scene opens with snow falling in the garden. There is a shot of the garden from inside the house filmed through a closed window. Bessie is seen playing with Zuki in the garden and is joined by a Mrs White who shares a hot drink from a flask. Alva joins them and they start to throw snowballs at each other; Alva and Mrs White and Besie help Mrs White do a standing somersault over their arms. Emile joins them as they stand talking. The film ends with the two families walking in the countryside with Zuki; they are seen throwing more snowballs at each other. 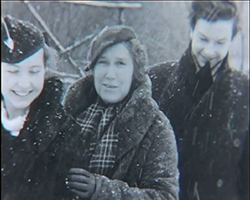 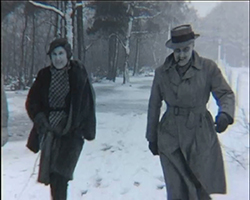